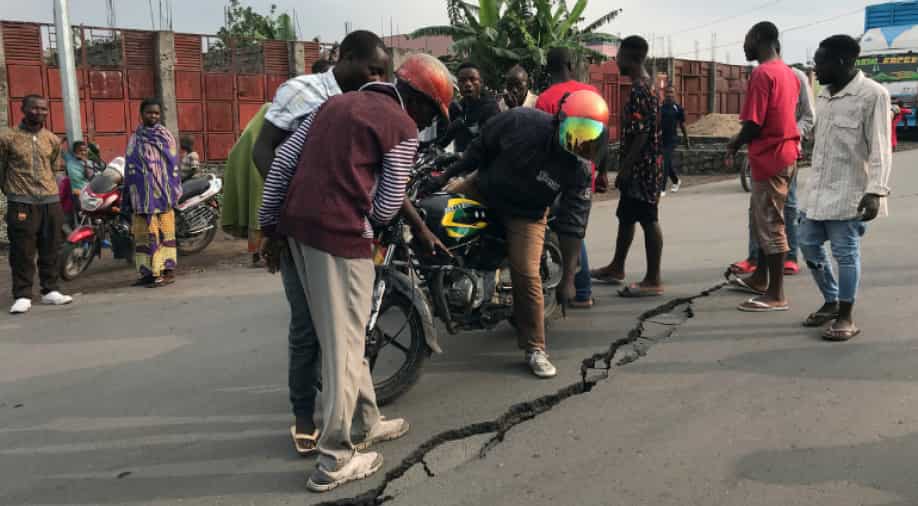 People look at a crack on the road caused by earth tremors as aftershocks following the eruption of Mount Nyiragongo volcano near Goma, in the Democratic Republic of Congo May 26, 2021 Photograph:( Reuters )

The eruption has killed 31 people and destroyed over 3,000 homes according to the United Nations

The United Nations on Wednesday said that the agency was temporarily relocating at least half of its aid workers from the city of Goma in Congo after a volcanic eruption.

The lava from the volcanic eruption reached the edge of Goma and triggered hundreds of earthquakes. Owing to the eruption, over 20,000 people have been left homeless. 40 people are still missing after the eruption as rivers of lava were unleashed.

The eruption has killed 31 people and destroyed over 3,000 homes according to the United Nations. Mount Nyiragongo’s lava stopped just 300 metres short of Goma airport, which is at the centre of aid operations in the Democratic Republic of Congo.

The UN is set to relocate 250 non-essential staff members, along with 1,500 dependents who have been moved to the city of Bukavu, which lies 50 kilometres south of the Goma, according to Diego Zorrilla, the UN’s deputy humanitarian coordinator in Congo.

"If we thought there was going to be an imminent explosion in Goma I wouldn’t be sitting here calmly. We don’t have any data to show there’s a major risk for the city," Zorrilla told Reuters.

"But we are also in a situation where volcanologists are not calling the event off, so 72 hours after the main event we took a decision to, given the uncertainty, take out people who don’t have a good reason to be here”, Zorrilla added.

The UN has thousands of peacekeepers near Goma, who will not be relocated. Owing to the eruption, airports in Goma and Bukavu have been shut down. The ash cloud could contribute to respiratory diseases, according to the UN Office for Coordination of Humanitarian Affairs (OCHA). 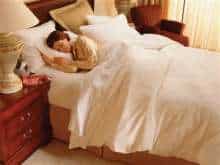 Why sleep tourism is growing in popularity post-pandemic?

Chinese drones in Taiwan airspace would be a 'first strike': Taiwanese minister

Twenty-year-old Indian-origin university student killed in the US