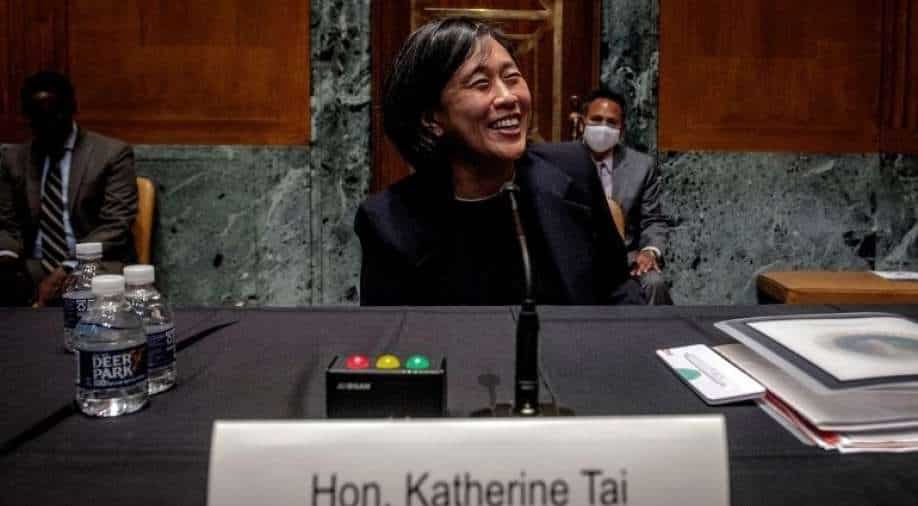 Tai, speaking to the House Ways and Means Committee, said she was committed to entering negotiations that take into account concerns from all sides, including drug companies

US Trade Representative Katherine Tai said on Thursday that World Trade Organization negotiations over intellectual property waivers for COVID-19 vaccines are a chance for the deeply divided trade body to make itself relevant to the world's needs.

Tai, speaking to the House Ways and Means Committee, said she was committed to entering negotiations that take into account concerns from all sides, including drug companies.

"The WTO has not got a record of moving quickly, or getting to yes, across 164 members who must all agree, very often," Tai said. "This is the opportunity for the WTO to show its relevance for mankind."

For the second day in a row, Tai heard criticism from Republican lawmakers that the intellectual property rights waiver will give critical biopharmaceutical technology to China, Russia and other strategic rivals while failing to increase vaccine supplies.

Republican Representative Devin Nunes told Tai that he is concerned China is one of the few countries that could quickly manufacture messenger RNA vaccines, a technology partly developed with US tax dollars.

"It really seems like they (China) want to steal this very new technology, especially as it relates to the Moderna and Pfizer vaccines."

Tai said the administration was working to exercise leadership on the issue to try to reach a solution that saves lives and puts the world back on a faster growth track, which will benefit the United States.

India and South Africa, the proponents of the original, much broader proposal are expressing "that they feel extremely vulnerable in not having access to vaccines and not being able to make them either," Tai said.

On Wednesday, Tai told a Senate hearing that companies making vaccines could be "a hero" by helping the world gain increased access to COVID-19 vaccines.

She declined to discuss details of her consultations with drug companies before announcing the decision to join WTO waiver negotiations last week but said that some are driven by more than their obligations to shareholders.

"Some of them do see themselves as important actors in the public health ecosystem in the world."

Tai said that the intellectual property waiver was just one of a number of actions that would be required to increase manufacturing and equitable distribution of vaccines around the world.