US man who fell into hot spring dissolved: Report 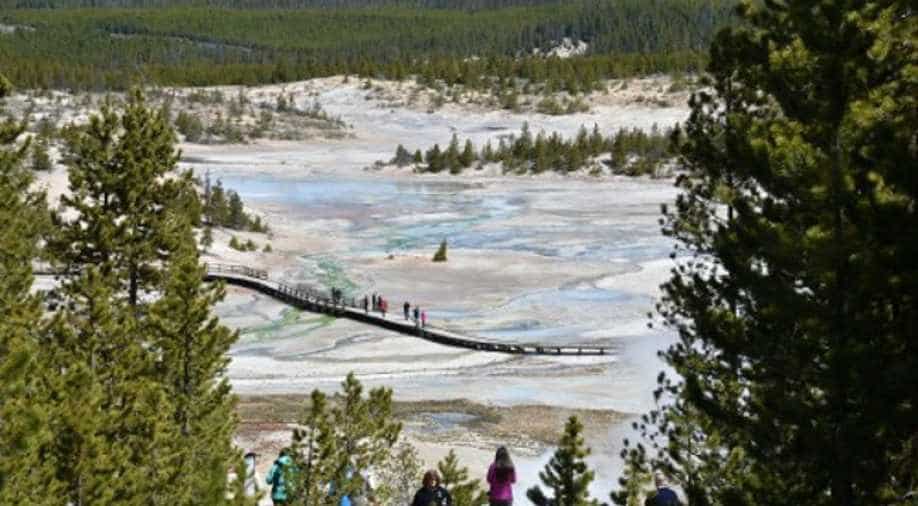 Rescuers could find no remains of Colin Scott body, a report said. Only his flip-flops were recovered for evidence. Photograph:( AFP )

A 23-year-old man who accidentally fell into a hot spring at Yellowstone National Park and died, was dissolved in the boiling acidic waters, according to a report made public Thursday.

Colin Nathaniel Scott, of Oregon, had gone to the park in Wyoming with his sister last June to "hot pot" or soak in the thermal pools.

He slipped and fell in as his sister filmed the accident on her cellphone, according to a report of the incident obtained from park officials by local news channel KULR under a freedom-of-information request.

22 people, including seven children, have died in the park's thermal pools where temperatures can reach 121 degrees Celsius

The report said the incident happened on June 7 after Scott and his sister, Sable Scott, went into a very dangerous area with boiling acidic waters that was clearly marked off-limits.

"There's a closure in place to keep people from doing that for their own safety and also to protect the resources because they are very fragile," Yellowstone's deputy chief ranger Lorant Veress told KULR.

"They were specifically moving in that area for a place that they could potentially get into and soak. I think they call it 'hot potting.'"

Sable told authorities that her brother had reached down to check the temperature of the hot spring when he slipped and fell in.

Rescuers found his body inside the pool but were unable to retrieve it because of a lightning storm, according to the report.

The next day, the report said, rescuers could find no remains. One of the few pieces of evidence recovered was the victim's flip-flops.

"In a very short order, there was a significant amount of dissolving," Veress said.

Yellowstone is one of the most visited parks in the United States.

According to park historian Lee Whittlesey, 22 people, including seven children, have died in the park's thermal pools -- where temperatures can reach 250 degrees Fahrenheit (121 Celsius) -- since 1870.

The most recent thermal fatality took place in 2000, when a 20-year-old park employee dove into a hot spring that she had mistaken for a stream.