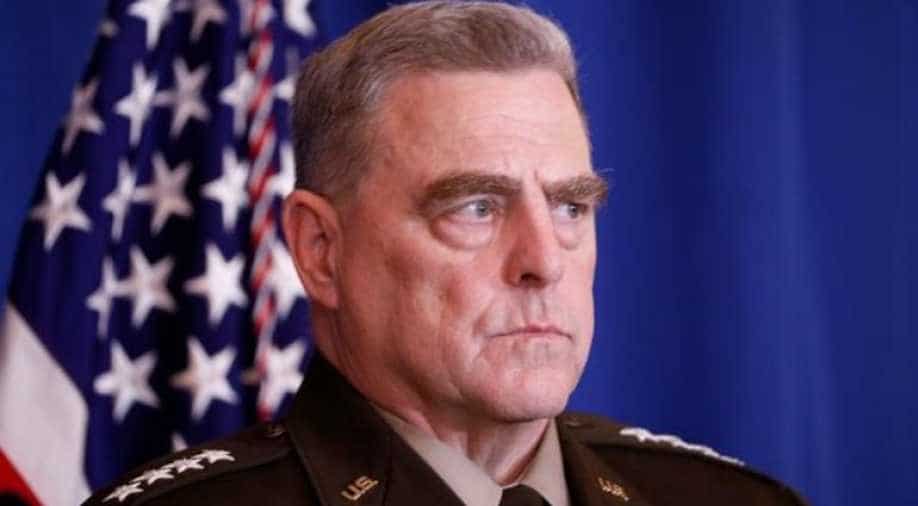 Milley did not dispute that Russia, like other countries, had long been involved in Afghanistan.

The United States believes Russia has given support to Taliban insurgents in Afghanistan in the past but does not have intelligence to confirm it directed attacks against Americans or to corroborate that it paid bounties to kill American troops, the top US general said on Thursday.

The remarks by Army General Mark Milley, chairman of the Joint Chiefs of Staff, were under oath to Congress after lawmakers emerged from a separate classified briefing about US intelligence that Russia may have paid the Taliban to kill American troops.

Also read: Afghanistan to release prisoners from Taliban list in push for talks

Milley and Defense Secretary Mark Esper said the US military, which counts intelligence agencies including the National Security Agency (NSA) and Defense Intelligence Agency (DIA), could not corroborate the intelligence, which sources say was collected by the CIA.

Milley did not dispute that Russia, like other countries, had long been involved in Afghanistan.

"But there`s a big distinction between arming and directing (military activity). We know about arms. We know about weapons. We know about support, things like that," Milley told the House Armed Services Committee, sitting alongside Esper at a hearing.

"We don`t have -- in the case of the Russians -- we do not have concrete corroborating evidence, intelligence, to show `directing.` That`s a big difference."

He added that the United States was still looking into the matter and, if it were confirmed the Russians were paying the Taliban bounties, it would be a "big deal."

President Donald Trump, a Republican who has worked to cultivate warmer relations with Moscow, has downplayed the significance of the intelligence and denied being briefed on the matter before it was reported by news outlets last month.

A Republican lawmaker, Lee Zeldin, who is a strong defender of Trump, said at a separate hearing at the House Foreign Relations Committee that the intelligence was in a written February presidential brief prepared for Trump but was not orally briefed to him.

Retired US Army general John Nicholson, a former US commander in Afghanistan, said the Russians had previously been arming, equipping and even giving money to the Taliban in modest amounts.

But he said Moscow had in years past carefully calibrated its support to avoid becoming a "game-changer" on the battlefield. Nicholson cited one telling example, saying the Taliban wanted surface-to-air missiles but the Russians "didn`t give them."

He said Russian bounties, if they did occur, "would mark a departure from this previously calibrated approach."