US congressional study urges sanctions on China over 'crimes against humanity' 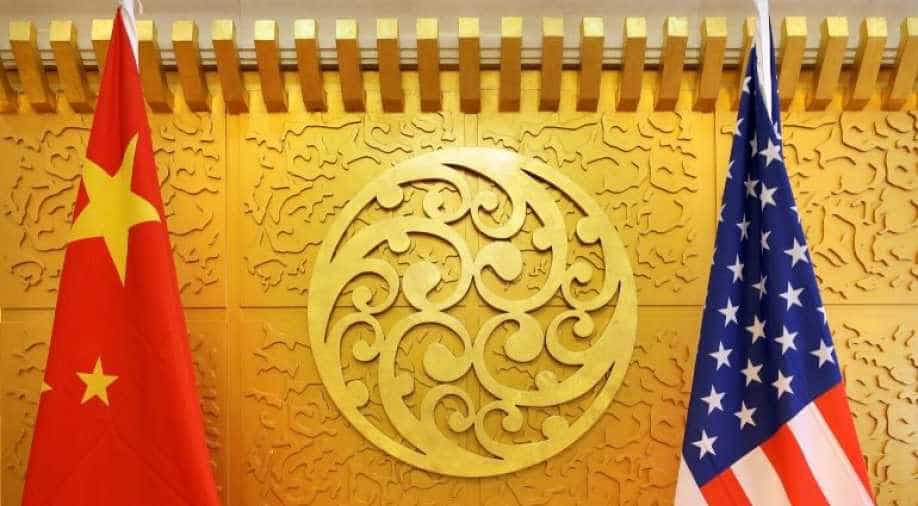 File photo: Chinese and US flags are set up for a meeting during a visit by US Secretary of Transportation Elaine Chao at China's Ministry of Transport in Beijing, China. Photograph:(Reuters)
Follow Us

The annual human rights report from the Congressional-Executive Commission on China said human rights and rule of law conditions worsened in China from August 2018 to August 2019, the period studied

A US congressional report released on Wednesday called for sanctions against China over human rights abuses, and for US officials to keep rights concerns in mind during dealings with Beijing, including trade negotiations.

The annual human rights report from the Congressional-Executive Commission on China said human rights and rule of law conditions worsened in China from August 2018 to August 2019, the period studied.

The report detailed China's crackdown on religious minorities, labor activists and the press, and focused extensively on the treatment of the minority Muslim Uighur population in Xinjiang, "where the Commission believes Chinese authorities may be committing crimes against humanity."

"In addition, the Administration should develop talking points for US Government officials including those engaged in trade negotiations that consistently link freedoms of press, speech, and association to the US and Chinese interests," the report said.

It was only the latest salvo from Washington over China's human rights record, particularly the treatment of Uighur Muslims in the northwestern Xinjiang region, where at least a million people have been detained in what is seen by many in the West as a grave abuse of human rights and religious freedom. China rejects the charges.

Negotiators were working on a new version of a bill that would require President Donald Trump's administration to toughen its response to China's crackdown on its Muslim minorities, the two lawmakers said at a press conference unveiling the report.

China had reacted angrily when the Democratic-led House of Representatives passed the bill late last year. It stalled in the Senate, which passed its own, less stringent bill earlier in the year, amid trade talks between Washington and China.

Rubio said he expected a version of the bill that could pass the Senate unanimously avoiding procedural snafus that could block legislation in that chamber - and pass the House and be signed into law by Trump.

McGovern said he expected a compromise bill would move forward in 2020, "hopefully soon," in both the Senate and House, and he expected Trump would sign it.

"We will get to 'yes.' That is my belief," McGovern said.

Some lawmakers at the news briefing called China's treatment of the Uighurs a "crime against humanity."

In Xinjiang, the Chinese government has used facial-recognition cameras and mobile telephone-monitoring systems to create an "open-air prison," the report said.

"US foreign policy must prioritize the promotion of universal human rights and the rule of law in China, not only to respect and protect the basic dignity of the people of China but to better promote security and prosperity for all of humanity," it said.

To address the abuses, the study recommended tightening access to US capital markets for Chinese companies that provide support or technical capabilities for repression.

It recommended rights sanctions against businesses and officials involved in the mass internment and surveillance of Uighurs.

And it backed controlling the sale of facial-recognition systems, machine learning, and biometric technology by placing agencies on the Department of Commerce's "Entity List," preventing purchases from US suppliers.

The Ministry of Foreign Affairs' Office in Hong Kong said the study "distorts the truth," in a statement posted on its website Thursday. Hong Kong residents' rights and freedoms are fully protected, it said, and the "black hand" of the United States is responsible for inciting protests.