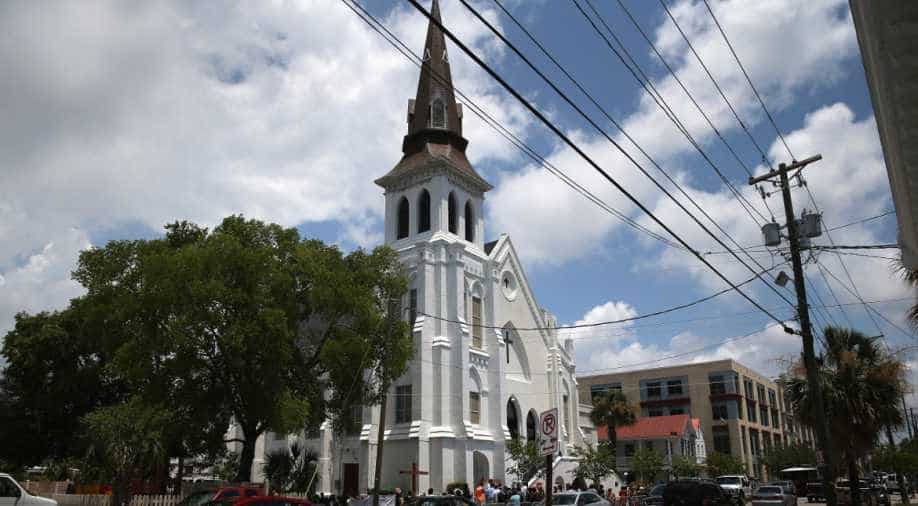 The trial was delayed by Judge Richard Gergel, who ordered a closed-door competency hearing, citing "the defendant's right to a fair and impartial jury and a fair trial". Photograph:( Getty )

The jury selection in the death penalty trial of the 22-year-old is scheduled to begin on Monday. Roof allegedly used a .45 caliber Glock handgun to kill his victims in the June 2015 massacre during a Bible study group inside a traditionally black church in Charleston, news agency AFP reported.

The trial was supposed to begin two weeks ago but was delayed by Judge Richard Gergel. Gergel ordered a closed-door competency hearing citing "the defendant's right to a fair and impartial jury and a fair trial".

Friday's three-page-ruling reveled no details about the accused's psychological condition.

No observers were allowed in the hearing. The judge rules that the hearing's transcript "would prejudice the defendant's right to a fair trial and a fair and impartial jury" despite objections from victims' families and media.

In addition to his federal trial, Roof is facing South Carolina charges that could also result in capital punishment, AFP reported. A separate state trial is expected to begin in January.