US Capitol reopens after brief lockdown 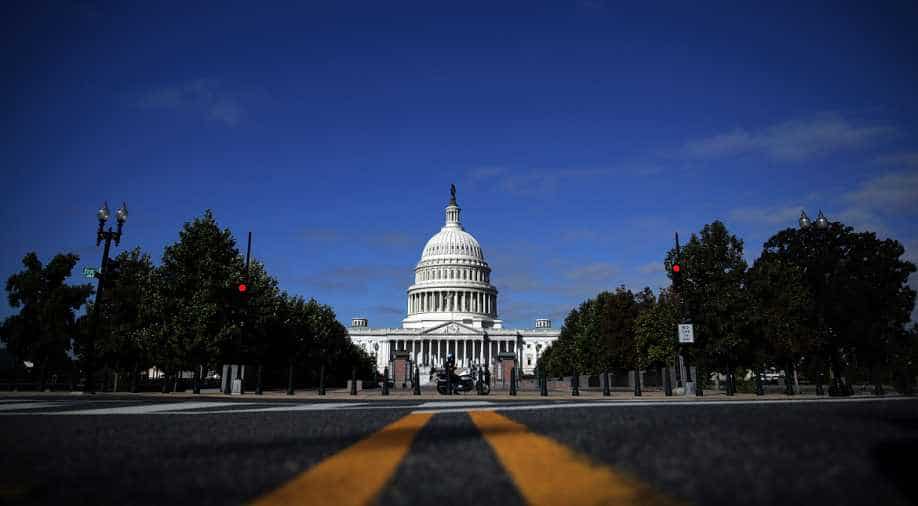 The US police gave an all-clear notice to reopen the Capitol building about half an hour after the lockdown began. Photograph:( Getty )

The police briefly ordered a lockdown of the US Capitol today because officers were searching for a woman who may have carried a weapon in a basement area near the US House of Representatives, a Senate aide said.

Police gave an all-clear notice to reopen the Capitol building shortly after 9.30 am (1330 GMT), about a half an hour after the lockdown began. It was not immediately clear whether the police had found the person they were seeking.

One Capitol Police officer said the lockdown was because an "event" was under way and authorities were searching for someone. The lockdown meant people in the building were required to remain in their offices with locked doors and windows. The US Capitol visitor's centre also was temporarily closed.

A Senate aide said he heard on Capitol Police officers' radios that authorities were searching for a "possible female who could be armed in the subway of the Rayburn Building". That building is connected by a subway to the US Capitol and has offices and hearing rooms for US representatives.

The aide said he heard the radio traffic about the search for the woman shortly before 9 am. Police put up yellow tape preventing reporters and others from entering any part of the Capitol.