US announces $3 million reward for information after Iraq airport attack 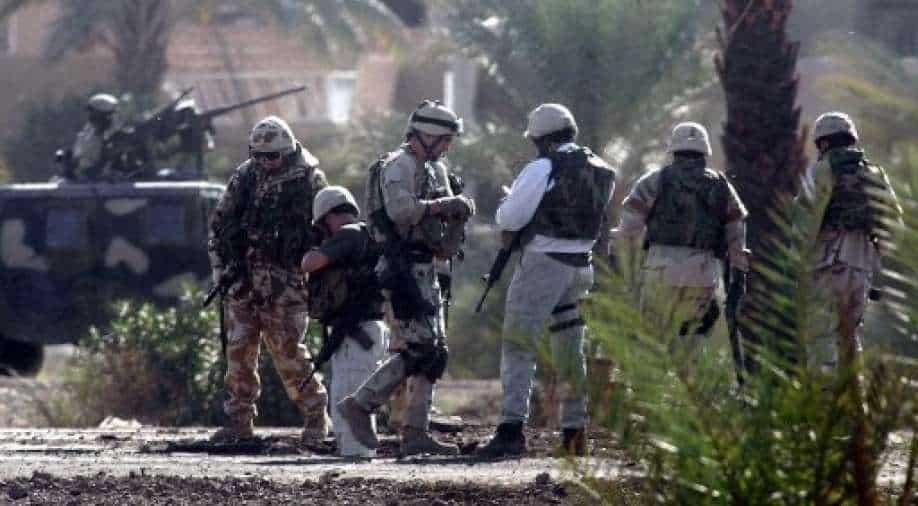 On Sunday, the Iraqi military had said it had intercepted two drones at the Ain al-Asad airbase. No one claimed responsibility for the attack with no casualties reported.

The US government announced a reward of 3 million for anyone who can give information on the rocket attack at Baghdad airport after it was hit on Wednesday evening.

Reports said at least five rockets hit Balad airbase where US contractors were based including the Baghdad airport which has a US military base.

Lockheed Martin had earlier pulled out of Balad airbase due to repeated attacks. The company was maintaining the Iraqi army's F-16 fighter jets. At least four contractors were wounded in the attack last month after the rocket attacks.

The US has supplied the Iraqi army with several F-16 fighter jets all stationed at Balad airport with C-RAM rocket defence system and Patriot missiles positioned to fend off incoming rockets.

"America is offering a reward of up to $3 million for information on planned attacks or past ones against American diplomatic installations," the US Department of State's Rewards for Justice programme said.

Last month Iraqi security forces had arrested a militia commander who had allegedly carried out an attack on Ain al-Asad airbase which hosts international forces.

The Ain al-Asad airbase was attacked several times in May.

On Sunday, the Iraqi military had said it had intercepted two drones at the Ain al-Asad airbase. No one claimed responsibility for the attack with no casualties reported.

The US military had activated the C-RAM defence system to shoot down the drones.