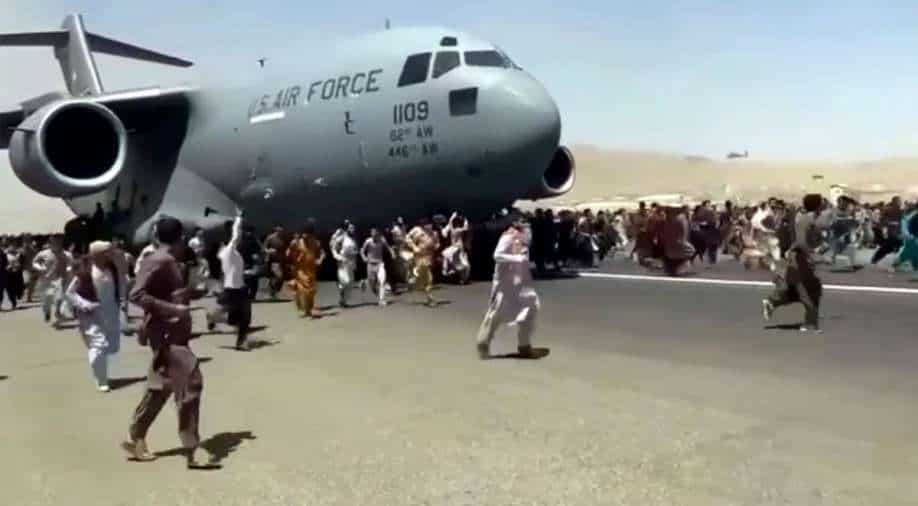 The US Air Force has decided not to take any disciplinary action against the C-17 aircraft crew that flew out of Kabul airport in Afghanistan during the abrupt and chaotic evacuation of American forces even though human body parts were discovered in the wheel’s well when the plane landed in Qatar.

The inquiry concluded that the crew “acted appropriately” in departing the Hamid Karzai International Airport, Afghanistan, in August 2021.

In a statement released on Monday, they said that the crew used sound judgment "in their decision to get airborne as quickly as possible when faced with an unprecedented and rapidly deteriorating security situation."

"The aircrew's airmanship and quick thinking ensured the safety of the crew and their aircraft. After seeking appropriate care and services to help cope with any trauma from this unprecedented experience, the crew returned to flight status," the US Air Force also said Monday.

On August 16, a day after the Taliban took over Afghanistan and ousted the civilian government, hundreds of people reached the airport to take the US aircraft in a bid to leave the country fearing retribution from the Taliban and the return of fundamental Islamist laws.

Photos and videos from the site revealed desperate citizens running on the airport's tarmac alongside a US Air Force C-17 transport plane. A lot of people were seen clinging onto the plane’s wheels and falling several thousand feet from the air when the plane was airborne.

The Biden administration had come under heavy criticism over the “mishandling” withdrawal of US forces from Afghanistan and delay in evacuation efforts of civilians working for the US government when the Taliban gained more territory across the country.