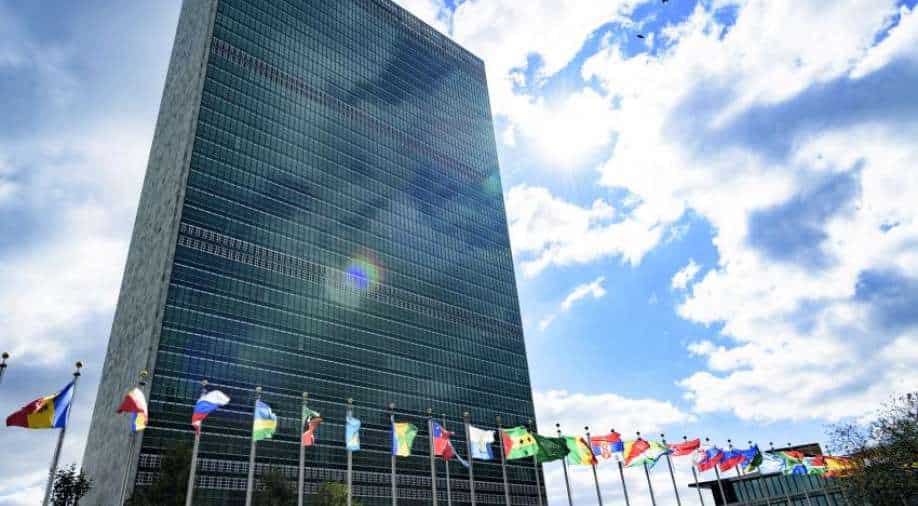 Secretariat building with flags of Member States in the foreground, at UN Headquarters. Photograph:( Twitter )

The United Nations General Assembly's (UNGA) 76th session is poised to begin its high-level week, which will include discussions on expanding access to COVID-19 vaccinations and facing the rising hazards of climate change.

Leaders from more than 100 countries are in New York this week for the United Nations' annual high-level summit — a COVID-inflected, semi-locked-down occasion that takes place in one of the pandemic's hardest-hit cities.

It will be a departure from the UN General Assembly's last in-person meeting in 2019 — and far different, too, from last year’s all-virtual version.

President Joe Biden of the United States, Prime Minister Boris Johnson of the United Kingdom, Turkish President Recep Tayyip Erdogan, and Brazilian President Jair Bolsonaro are among the heads of state expected to attend the summit from September 20 to 27.

The following are the major issues that are expected to dominate discussions at the UN and on the sidelines this year:

In the run-up to November's major climate summit in Glasgow, Scotland, some 40 world leaders will attend a confidential meeting on climate change co-chaired by Guterres and British Prime Minister Boris Johnson.

On Wednesday, Biden will host a virtual summit focused on taking tangible steps to stop the pandemic.

As many countries struggle to procure vaccines, Biden plans to call on world leaders to give one billion COVID-19 vaccines as a group, to inoculate 70% of the world in the following year.

According to an invitation made by the Biden administration, the US will also call for the contribution and delivery of one billion test kits by 2022, as well as an acceleration of a previously stated pledge of 2 billion doses. They're referred to as "draught targets" in the text.

The UN is in a pickle, having warned of a "humanitarian disaster" if aid does not continue to flow into the war-torn country.

Few countries want to recognise or assist the Taliban administration, which includes sanctioned terrorists and has a lengthy history of human rights violations, but they also don't want the withdrawal of international forces to trigger a refugee crisis or worsen existing problems.

In a meeting on Wednesday, the foreign ministers of the five permanent members of the UN Security Council — the United States, Russia, the United Kingdom, China, and France — are likely to discuss Afghanistan.

Iran: Iran's new president will not attend, but Foreign Minister Hossein Amirabdollahian will represent the Islamic Republic. Talks over the UN-backed Iran nuclear deal have stalled, and the US and its Western allies have warned that time is running out to keep the accord alive.

The Indo-Pacific alliance is largely viewed as an attempt to present a united face against China's regional ambitions, and the gathering is expected to draw Beijing's ire.