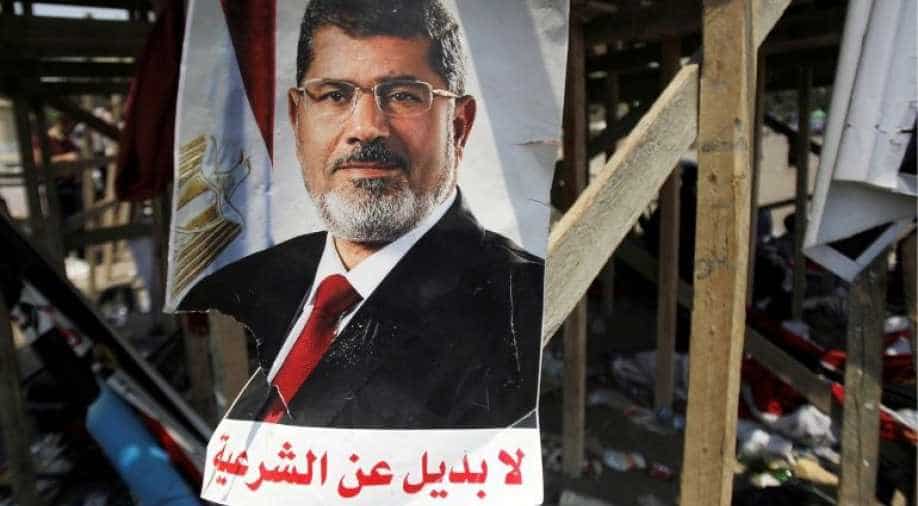 'Concerns have been raised regarding the conditions of Mr Morsi's detention, including access to adequate medical care, as well as sufficient access to his lawyers and family, during his nearly six years in custody,' Rupert Colville said.

A day after Egypt former President Mohamed Morsi collapsed and died in state custody, United Nations rights office has called for an 'impartial inquiry by an independent body' into the case.

Rupert Colville, the spokesman for the United Nations High Commissioner for Human Rights, said, "Any sudden death in custody must be followed by a prompt, impartial, thorough and transparent investigation carried out by an independent body to clarify the cause of death."

"Concerns have been raised regarding the conditions of Mr Morsi's detention, including access to adequate medical care, as well as sufficient access to his lawyers and family, during his nearly six years in custody," Colville said.

Colville also noted that Morsi "also appears to have been held in prolonged solitary confinement," and said the investigation must "encompass all aspects of the authorities' treatment of Mr Morsi to examine whether the conditions of his detention had an impact on his death."

Morsi, who died at the age of 67, was Egypt's first democratically elected president in 2012 after the Arab Spring uprisings. After a brief turbulent year in power. He was overthrown by the army in 2013.

He died Monday after collapsing during a trial hearing in a Cairo court.

Morsi was a top figure in the now-banned movement, the Muslim Brotherhood.

Mulim Brotherhood's Freedom and Justice political party said in a statement published on its website accused Egyption authorities for being responsible for the Morsi's death.

The Egyptian authorities "put him in solitary confinement... They withheld medication and gave him disgusting food... They did not give him the most basic human rights," the statement said.

Morsi was sentenced to death in May 2015 for his role in jailbreaks during the uprising that ousted his predecessor, longtime autocrat Hosni Mubarak. But this was overturned in 2016.

Morsi was serving a 20-year prison sentence for a conviction arising from the killing of protesters during demonstrations in 2012, and a life sentence for espionage in a case related to the Gulf state of Qatar. He had denied the charges.

Reports said Morsi on Monday was in court for a hearing on charges of espionage emanating from suspected contacts with the Palestinian based group Hamas.

Use this calculator to assess how rich billionaires really are