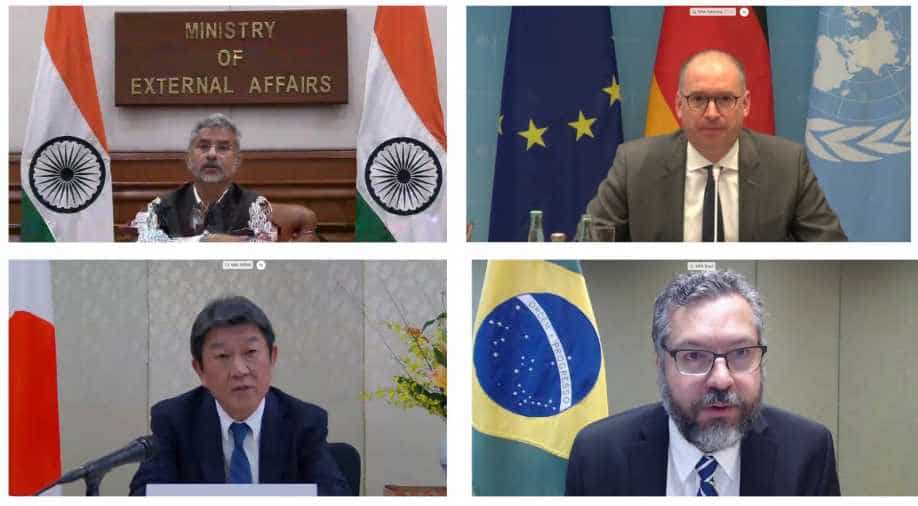 The G4 statement "expressed disappointment" and without taking China's name called out "attempts to derail this process".

Calling for "urgency of reform" at the United Nations Security Council "to better reflect contemporary realities", G4 countries--India, Japan, Germany & Brazil in a strongly worded joint statement have said the top UN body risks becoming "obsolete". G4 countries are a group of countries who have been calling for reforms at the UNSC.

The statement said, "As part of reforming the Security Council an expansion of the Security Council in both categories will be indispensable to make this body" more "representative, legitimate and effective.... to deal with the complex challenges the world faces today on questions of international peace and security".

Explaining, "Only if we manage to reform the Security Council will we stop it from becoming obsolete...which will allow it to preserve its credibility and create the political backing needed for the peaceful resolution of today’s international crises".

The G4 statement "expressed disappointment" and without taking China's name called out "attempts to derail this process".

So far over the decade-old Intergovernmental Negotiations (IGN) on Security Council reform has seen no movement forward. The statement said, "The recent session demonstrated yet again that the IGN lacks the necessary openness and transparency and is constrained by flawed working methods."

G4 countries have said that the IGN process should follow working methods laid out in United Nations Charter, UN General Assembly rules and time-bound text-based negotiations should happen. China has been dragging its feet on the issue and recently said starting text-based negotiation in a haste will not conducive to building a consensus.

The statement said, “Africa needs to be represented in both the permanent and non-permanent categories of membership of a reformed and expanded Security Council to correct the historical injustice against this continent" with regard to its under-representation in the Security Council.