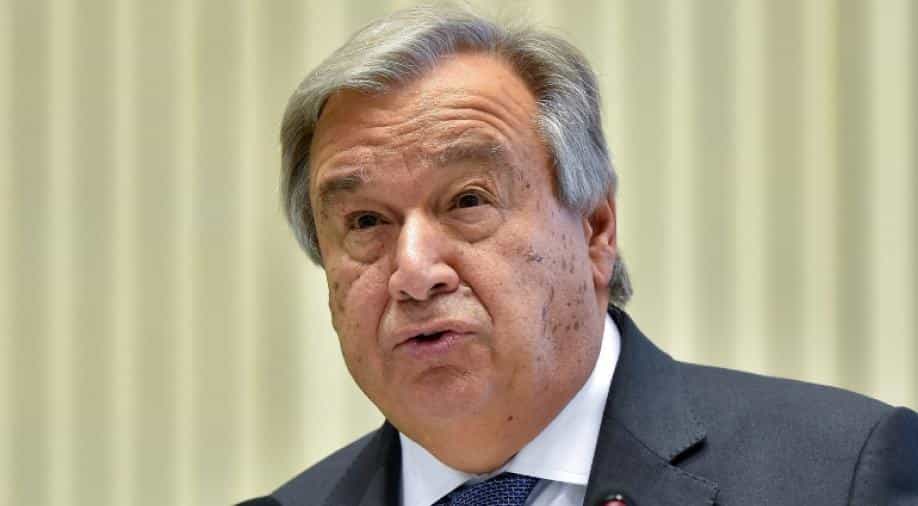 United Nations Secretary-General Antonio Guterres was speaking on the sidelines of an African Union summit in Ethiopia's capital Addis Ababa, where heads of state from 55 member nations will meet from Sunday.

United Nations Secretary-General Antonio Guterres said Saturday that a slew of peaceful elections and truces in Africa were signs of a "wind of hope" on the continent.

He was speaking on the sidelines of an African Union summit in Ethiopia's capital Addis Ababa, where heads of state from 55 member nations will meet from Sunday.

"This is a moment in which a wind of hope is blowing across Africa. We have seen reconciliation between Ethiopia and Eritrea, we have seen peace agreements... in South Sudan and CAR (Central African Republic)", said Guterres.

"We're working together to see if we can move the same direction in Libya. We have seen elections in Madagascar, DRC and Mali that people were forecasting will lead to tragedy and violence and in the end took place in a peaceful context," he added.

Ethiopia and Eritrea last year ended a two-decade-long cold war, while South Sudan is trying to implement the latest in a long line of peace deals to end a bloody five-year conflict.

The Central African Republic this week reached a peace deal between the government and 14 militia groups, boosting hopes of an end of a crisis that has gripped the country since 2012, sparking a conflict that left thousands dead and over a million displaced.

"All these circumstances were realized through the combination of efforts of the UN and AU... to make sure guns will be silent from 2020 onwards on the African continent," said Guterres.

"I believe Africa is becoming an example where it is possible to solve conflicts and prevent conflicts and I hope this wind of hope can be extended to other parts of the world."