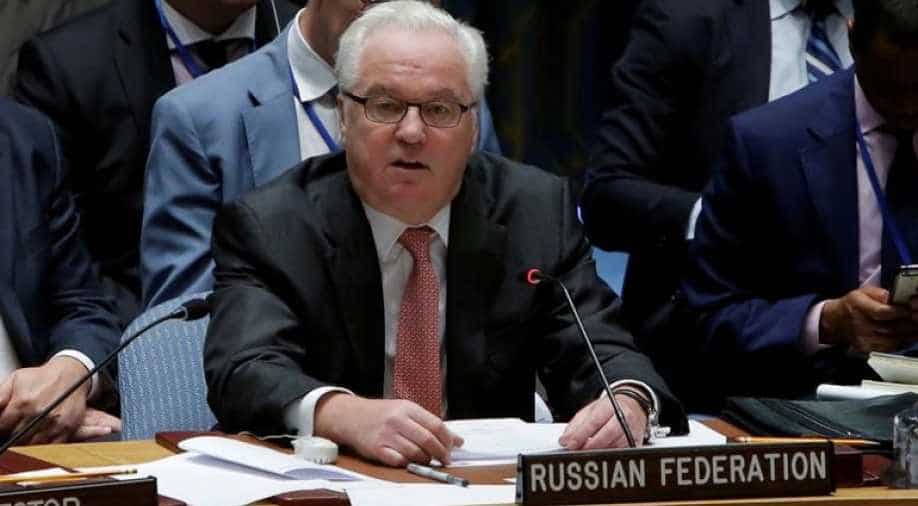 A ceasefire held across most of Syria on Saturday as Russia and Turkey secured unanimous passage of a UN resolution backing their efforts to "jumpstart" talks aimed at ending the nearly six-year conflict.

The Security Council resolution aims to pave the way for talks next month in Kazakhstan's capital Astana, under the aegis of Russia and Iran, both Syrian government supporters, and of rebel backer Turkey.

Turkey and Russia say the talks will supplement, not replace, UN-backed peace efforts, including negotiations set to resume February 8 in Geneva.

The text of the UN measure "welcomes and supports the efforts by Russia and Turkey to end violence in Syria and jumpstart a political process". It hails the Astana talks as "an important step".

The measure also calls for the "rapid, safe and unhindered" delivery of humanitarian aid in Syria.

Russia and Turkey brokered the current ceasefire and, while backing opposing forces in the conflict, have been working increasingly closely on Syria, including to allow evacuations from the besieged city of Aleppo.

The Syrian conflict has occasionally spilled over into neighbouring Turkey, with several attacks blamed on Islamic State jihadists or Kurdish militants.

In the latest bloodshed, at least 35 people were killed and 40 wounded when gunmen reportedly dressed as Santa stormed an Istanbul nightclub where partygoers were celebrating the New Year.

No group has so far claimed responsibility for the attack.

Turkey has launched an incursion into Syria to oust IS and Kurdish militants from the border area.

Washington has been conspicuously absent from the new process to end the Syrian conflict but has called the truce "positive." Moscow has said it hoped to bring US President-elect Donald Trump's administration on board once he takes office in January.

Russia's UN ambassador Vitaly Churkin had earlier voiced hope the Security Council would endorse the planned talks in Kazakhstan and back the resolution unanimously.

The French foreign ministry expressed hope the ceasefire would be "fully respected," calling for a prompt resumption of political negotiations brokered by the UN.

"The unanimous adoption of Resolution 2336 demonstrates how important implementing a ceasefire in Syria truly is for the international community," the statement added.The Syrian Observatory for Human Rights, a Britain-based monitor of the war, said most of Syria remained calm, despite limited clashes.

Two children were killed in the evening by regime artillery fire targeting rebel territory near Aleppo, the observatory said.
Separately, in the coastal town of Tartus two suicide bombers who were trying to join New Year festivities blew themselves up at a security roadblock, killing two members of the regime forces, it said.

The government in Damascus called the ceasefire a "real opportunity" to find a political solution to a war that has claimed more than 310,000 lives and displaced millions since it began in March 2011 with protests against the regime of President Bashar al-Assad.

Clashes were reported around Wadi Barada near Damascus, and the southern city of Daraa, where one opposition fighter was killed.

The fighting in Wadi Barada has led to water shortages that have affected four million people in the capital.

Five rebel fighters and two civilians have been killed in Wadi Barada and the rebel bastion of Eastern Ghouta near Damascus since the truce started on Friday, said Syrian Observatory director Rami Abdel Rahman.

Rouhani said "vigilance" was needed to ensure the rebels did not reorganise.

The official IRNA news agency also quoted Shamkhani as warning that any political solution to the Syrian conflict must not lead to "the weakening" of the Damascus government.

Russian President Vladimir Putin has said he would reduce Moscow's military contingent in Syria, which has been fighting to bolster the government since last year.

But he added Russia would continue to fight "terrorism" and maintain its support for Assad's government.