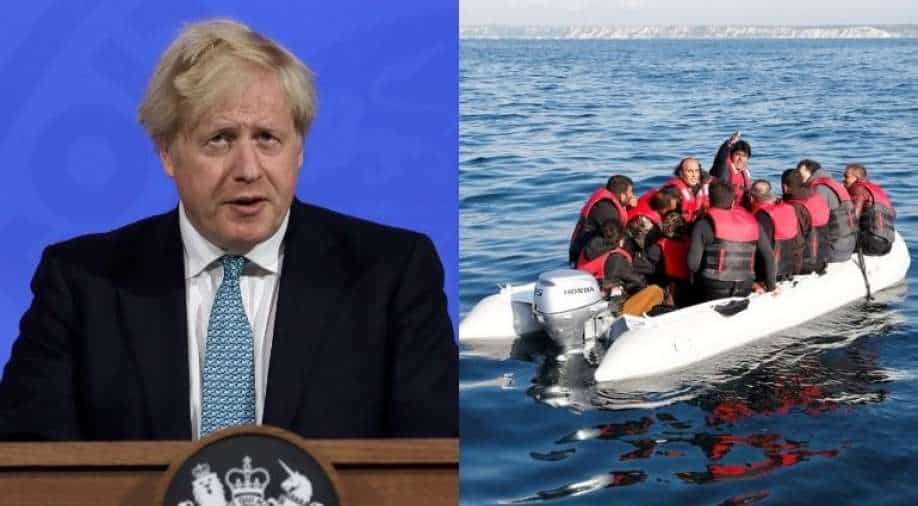 The UK’s policy to relocate asylum seekers to Rwanda has been slammed by several people (file photo). Photograph:( Reuters )

On Thursday, Interior minister Priti Patel signed the partnership agreement in Kigali. At a news conference with Rwandan Foreign Minister Vincent Biruta, she also presented it. The government looks to keep a check on people-smuggling networks and the flow of migrants

On Thursday, Interior Minister Priti Patel signed a partnership agreement in Kigali and presented the policy at a news conference with Rwandan Foreign Minister Vincent Biruta.

The government's move has not gone down well with several organisations and opposition parties of the country. Lawmaker Yvette Cooper said it was costly, "unworkable and unethical".

The government looks to keep a check on people-smuggling networks and the flow of migrants.

In a speech in Kent, the prime minister, said, "We must ensure that the only route to asylum in the UK is a safe and legal one. Those who try to jump the queue or abuse our systems will find no automatic path to set them up in our country, but rather be swiftly and humanely removed to a safe third country or their country of origin."

Any person who has arrived in the UK illegally since January 1 may get relocated to Rwanda in East Africa, Johnson said.

"The deal we have done is uncapped and Rwanda will have the capacity to resettle tens of thousands of people in the years ahead," the PM added.