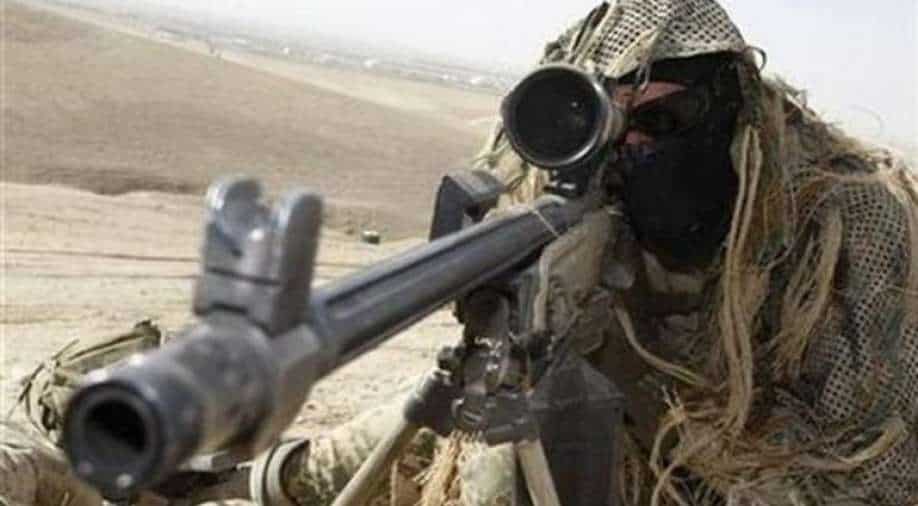 A Ukrainian sniper has killed one of the top generals of Russia (representative image). Photograph:( Reuters )

Russia's Ministry of Defense has said that 498 troops have died and 1,600 have got injured in the week-long conflict. But the Ukrainian officials claim that nearly 9,000 Russian troops have been killed

A Ukrainian sniper has reportedly killed one of the Russia's top generals recently, said media reports.

Sukhovetsky was killed "by a sniper," the report said citing a military source. The funeral seems to have been planned for Saturday.

Although Russia's military has not confirmed the death, Sergei Chipilyov of the Union Airborne Forces Union of Russian Paratroopers has reacted to the development on social media.

"With great pain, we received the tragic news about the death of our friend, Major-General Andrey Aleksandrovich Sukhovetsky, in Ukraine during a special operation. We express our deepest condolences to his family," the post said, as per Newsweek.

Russia's Ministry of Defense has said that 498 troops have died and 1,600 have got injured in the week-long conflict. But the Ukrainian officials claim that nearly 9,000 Russian troops have been killed.

Sukhovestky was a decorated veteran. In his career, he participated twice in the Victory Parade in Moscow's Red Square and received two Orders of Courage, the Order of Military Merit, and the Medal of Courage. He had also received a commendation for his role in the annexation of Crimea.