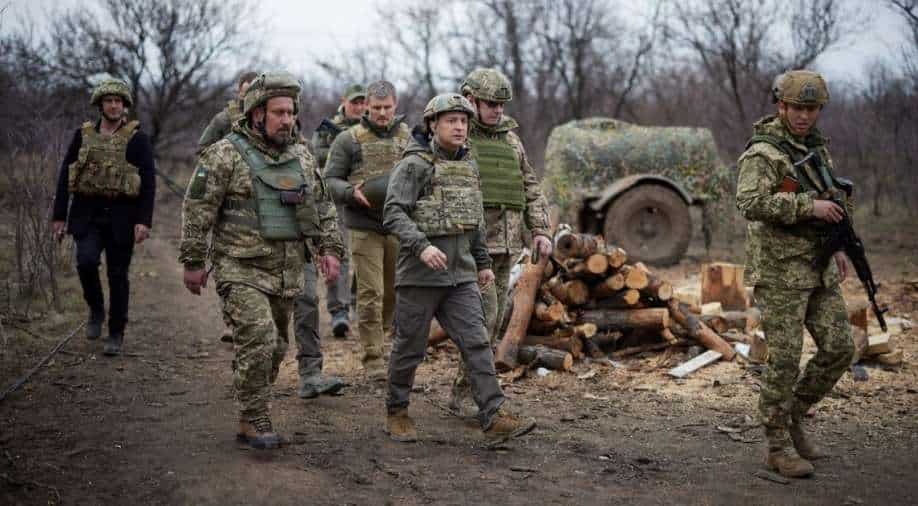 Russia has said its troops are no threat and are defensive, but they would remain as long as the Kremlin sees fit

Ukraine's military on Friday said it would not launch an offensive against pro-Russia separatists controlling two regions in the country's east, as fears grow of a major escalation in the long-running conflict.

"The liberation of the temporarily occupied territories by force will inevitably lead to the death of a large number of civilians and casualties among the military, which is unacceptable for Ukraine," Ruslan Khomchak, chief of the general staff of the Ukrainian Armed Forces, said in a statement.

The Russian buildup has become the latest point of friction in icy relations between Moscow and US President Joe Biden's administration, adding to disputes over arms control, human rights and other issues.

Biden last week expressed "unwavering support" for Ukrainian President Volodymyr Zelenskiy in his confrontation with Russia, which in 2014 annexed the Crimea peninsula and backed separatists who seized large parts of the eastern Donbas region.

Russia has said its troops are no threat and are defensive, but they would remain as long as the Kremlin sees fit.

The Kremlin said on Tuesday that Ukraine should take control over its armed forces and not provoke military hostilities in the country's east.

Two Ukrainian servicemen were killed by pro-Russian separatists in eastern Ukraine over the past 24 hours, Ukraine's military said on Tuesday, adding to already escalating tensions.

Kyiv says Russia has been building up its forces near Ukraine's eastern borders in recent weeks, and reports of separatist attacks on Ukrainian government forces have increased significantly.

NATO has said it is concerned about a Russian military build-up in the Donbass region, where Ukrainian troops have battled Russian-backed separatist forces in a conflict Kyiv estimates has killed 14,000 people since 2014.

Moscow and Kyiv have long accused each other of failing to implement a peace deal over the region.