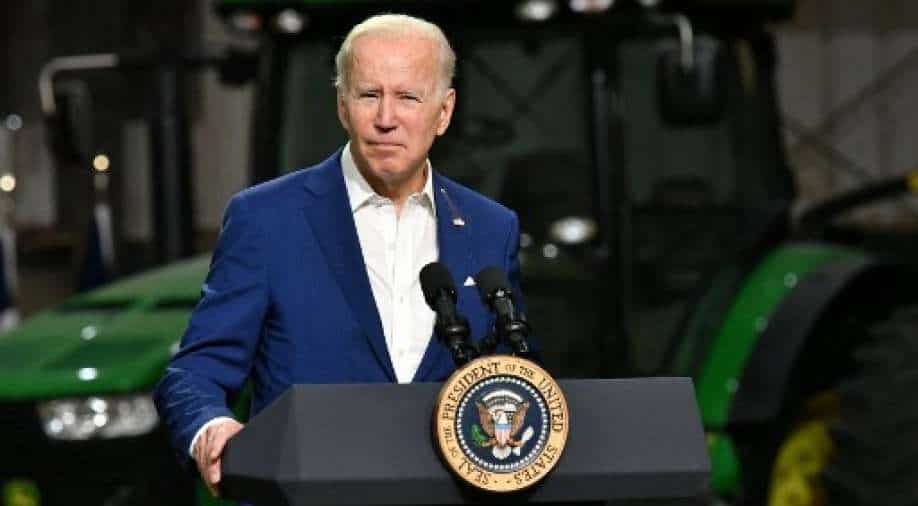 As Russia continues its war operations in Ukraine, US President Joe Biden accused Russian forces of committing genocide in the country.

"Yes, I called it genocide," Biden said, adding, "We will let the lawyers decide internationally whether or not it qualifies, but it sure seems that way to me."

President Vladimir Putin had ordered a "special military operation" on February 24 against Ukraine however his forces have met with fierce resistance from Ukrainian forces with Russia declaring that it will now concentrate its forces in the eastern part of Ukraine in the Donbas area.

"It's become clearer and clearer that Putin is just trying to wipe out the idea of even being able to be a Ukrainian," the US president asserted.

Ukraine President Zelensky agreed with Biden saying it was the "true words of a true leader."

"Calling things by their names is essential to stand up to evil," Zelensky said.

Watch: Russia accused of using phosphorus bombs in Ukraine. What are these?

"I propose to the Russian Federation to exchange this guy of yours for our boys and our girls who are now in Russian captivity," Zelensky said in a video message.

"And may Medvedchuk be an example for you. Even the former oligarch did not escape. What can we say about much simpler criminals from the Russian hinterland? We will get everyone," the Ukraine president warned.