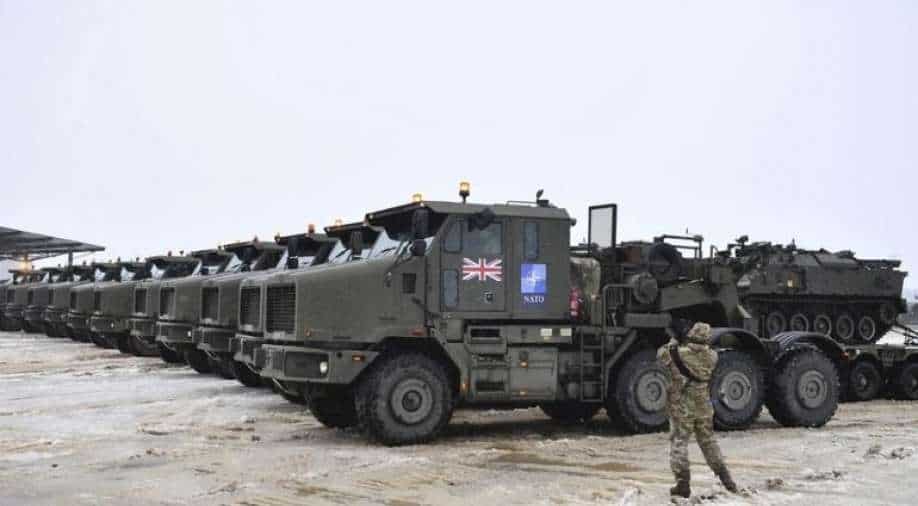 There were 40,000 allied forces under direct NATO command a month after Russia's invasion of Ukraine began, with existing battlegroups dramatically strengthened — Poland's increased from 1,010 men to 10,500 — and four new battlegroups established in Slovakia, Hungary, Romania, and Bulgaria.

The number of NATO troops stationed on the alliance's eastern frontier has nearly doubled since last year, reaching 40,000. There were 4,650 troops under direct NATO command in February 2021, a year before Russia launched its invasion of Ukraine, according to NATO records. In Estonia, Latvia, Lithuania, and Poland, these soldiers were assigned to four multinational battlegroups.

Then Russia began deploying troops and capabilities along its shared border with Ukraine, accelerating these moves at the end of last year and beginning of this year, claiming it was a defensive move in response to Ukraine's NATO ambitions and the trans-Atlantic alliance's eastward expansion since the 1990s.

NATO and its 30 members bolstered their eastern locations with more soldiers and capabilities in response to Russia's troop buildup.

There were 40,000 allied forces under direct NATO command a month after Russia's invasion of Ukraine began, with existing battlegroups dramatically strengthened — Poland's increased from 1,010 men to 10,500 — and four new battlegroups established in Slovakia, Hungary, Romania, and Bulgaria.

Watch: Russia-Ukraine Conflict: Over 250 Ukrainians from Azovstal are in Russian captivity

Furthermore, under bilateral agreements, numerous European countries have requested additional US troops, raising the total number of American soldiers in Europe to around 100,000, the highest level since 2005.

As a result of Russia's aggression, European NATO members have pledged to dramatically increase their defence spending in order to meet the alliance's aim of 2% of GDP. Members of NATO have also begun a "reset" of their policy, promising to enhance deployments and capabilities on the ground, at sea, and in the air. At a conference in June, more specifics on this approach will be revealed.

Furthermore, two European nations, Sweden and Finland, have made formal requests to join the defence alliance, thus doubling the length of the union's shared border with Russia.