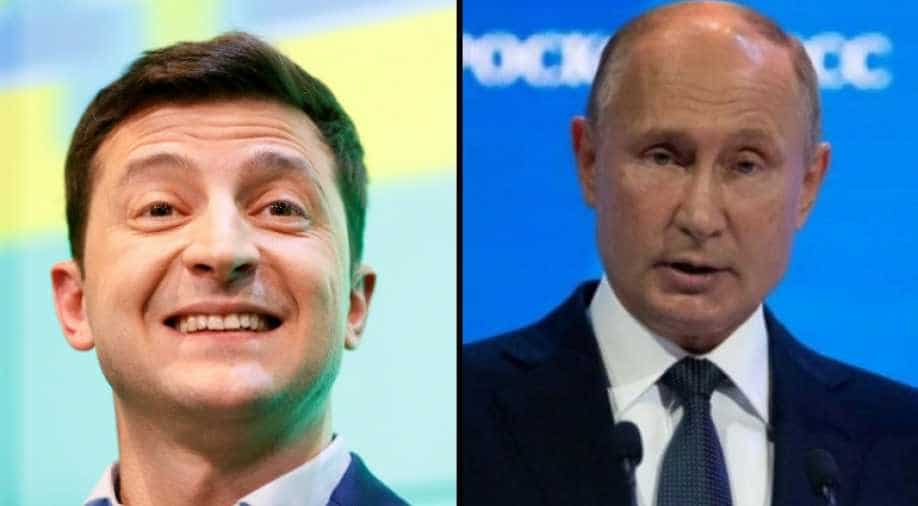 The long-awaited pullback is a precondition for the first face-to-face talks between Russian President Vladimir Putin and Ukraine's Volodymyr Zelensky, to be mediated by the leaders of France and Germany

The Ukrainian army and Moscow-backed separatists said Tuesday they had begun to withdraw their troops from a key area in the war-torn east ahead of a high-stakes summit with Russia.

The long-awaited pullback is a precondition for the first face-to-face talks between Russian President Vladimir Putin and Ukraine's Volodymyr Zelensky, to be mediated by the leaders of France and Germany.

"The process of troop withdrawal began by both sides... in the area of Zolote-4" in the Lugansk region, Ukraine's army said on Facebook.

Vladislav Deinego, a representative of the separatist self-proclaimed Lugansk republic, also said the withdrawal in the area had begun.

Monitors from the Organisation for Security and Cooperation in Europe confirmed the move.

"Today the sides have just resumed the withdrawal of troops and arms in Zolote," Martin Sajdik, an OSCE special representative, told journalists.

The rival forces also need to withdraw troops from the village of Petrivske in the Donetsk region for the high-profile summit to go ahead.

Since coming to power in May, comedian-turned-president Zelensky has sought to revive a peace process to end a five-year-old separatist conflict in eastern Ukraine that has claimed some 13,000 lives.

But those efforts have stalled as the Kiev forces and the Kremlin-backed separatists have repeatedly failed to pull back troops from the frontline because of exchanges of gunfire.

Over the past few weeks, thousands of Ukrainians including Zelensky's predecessor Petro Poroshenko protested in the capital Kiev and other cities, slamming a pullback of troops as an act of "surrender."

Nationalists are set to hold a new protest rally outside Zelensky's offices on Tuesday.

Various nationalist organisations even deployed their own troops to Zolote in an effort to prevent a retreat of Ukrainian forces.

Last week the 41-year-old Ukrainian president was forced to personally travel to Zolote in an effort to convince his nationalist critics not to stand in the way of the peace process.

Putin's spokesman Dmitry Peskov on Monday said it was important for Zelensky to "make" nationalists carry out his orders.

Political enemies were quick to criticise Zelensky on Tuesday.

Ivanna Klympush-Tsintsadze, a lawmaker from Poroshenko's party, called the troop withdrawal a "capitulation on the Kremlin's conditions".

In the run-up to the planned summit, Ukrainian, Russian and separatist negotiators also agreed on a roadmap that envisages a special status for the separatist territories if they conduct free and fair elections under the Ukrainian constitution.

Critics say the proposal favours Russia but Zelensky has pledged not to betray Ukraine's interests.

Ties between Ukraine and Russia were shredded after a bloody uprising ousted a Kremlin-backed regime in 2014.

Moscow went on to annex Crimea and support insurgents in eastern Ukraine.