Ukraine crisis: Here's how Russian cats are caught in the crossfire 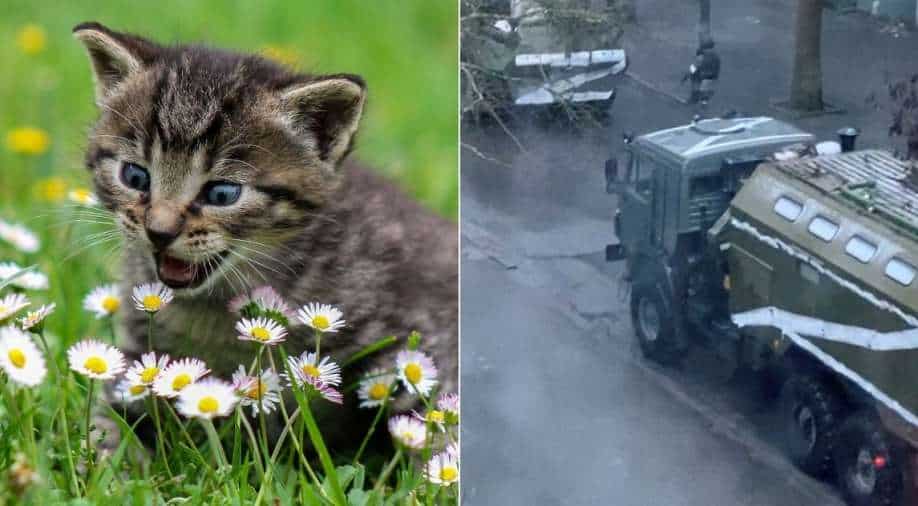 FIFe also stated that it will dedicate a part of its budget to support cat breeders and fanciers in Ukraine who are suffering because of the current situation, the statement added

In response to the Russian invasion of Ukraine, the Federation Internationale Feline (FIFe), which is an international cat fancier society, has imposed restrictions on cats bred in Russia.

These restrictions imposed by FIFe are valid until May 31 and will be reviewed as and when necessary. In a statement, the NGO noted that it is "shocked and horrified" that the Russian army invaded Ukraine and "started a war".

It added, "Many innocent people died, many more are wounded and hundreds of thousands of Ukrainians are forced to flee their homes to save their lives. We can all witness the destruction and chaos caused by this unprecedented act of aggression."

As per the organisation, no cat bred in Russia may be imported and registered in any FIFe pedigree book outside Russia, regardless of, which organization issued its pedigree.

The statement added, "No cat belonging to exhibitors living in Russia may be entered at any FIFe show outside Russia, regardless of, which organization these exhibitors hold their membership in."

FIFe also stated that it will dedicate a part of its budget to support cat breeders and fanciers in Ukraine who are suffering because of the current situation, the statement added.

Meanwhile, the war-like situation continues to escalate as the latest development suggested that Russian troops were in the centre of the Ukrainian port of Kherson on Thursday (March 3).

When Russian President Vladimir Putin ordered the "military operations" on February 24, several countries including the UK, the US, Canada, along with the European Union have imposed sanctions on Moscow.

WATCH | US interest rate hike likely in March: Powell testified before US Congress