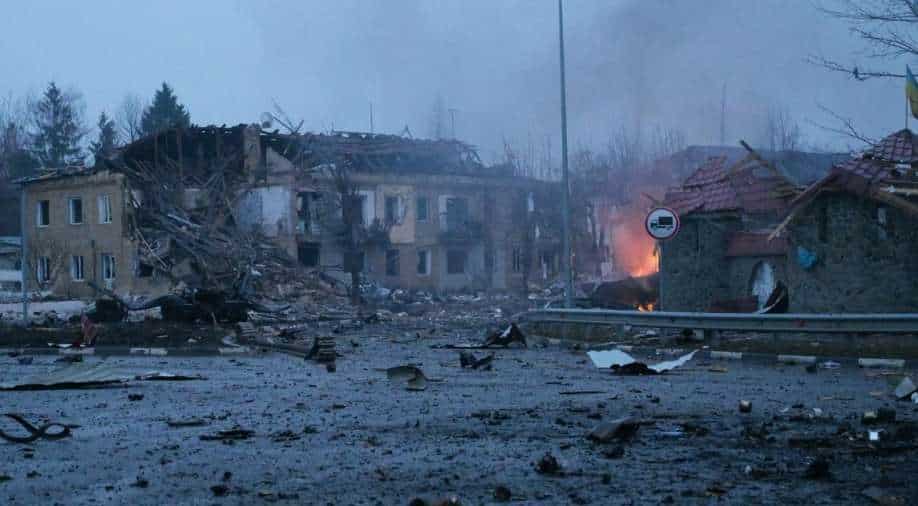 Ukraine's defence ministry said in a statement: "A decision has been made to hand over captured Russian troops to their mothers if they come to collect them in Ukraine, in Kyiv"

The Ukraine crisis continues to escalate as the latest reports confirmed that Russia has captured the Ukrainian city of Kherson on Thursday (March 3). However, the Russian forces are facing stiffer-than-expected resistance.

On Wednesday (March 2), Ukraine invited the mothers to come and collect their sons - Russian troops - who were captured while fighting on the battlefield in an apparent attempt to embarrass Moscow.

Ukraine's defence ministry said in a statement: "A decision has been made to hand over captured Russian troops to their mothers if they come to collect them in Ukraine, in Kyiv."

Since Russian President Vladimir Putin ordered "military operations" in Ukraine on February 24, Ukraine claimed that it has captured dozens of Russian servicemen.

Apart from that, multiple videos and photos have been circulating on social media forums of disarmed young men in Russian military uniforms.

Reports have also claimed that locals in Ukraine are providing tea, food and some other necessities to captured Russians. The civilians are also claimed to have let them call their mothers.

"There are thousands of invaders' bodies. This is a humanitarian need. We ask for the bodies of the invaders to leave Ukrainian territory and go to Russia," she had said last week.

"We call upon Russians again to make it so that there are fewer bodies of your sons, of your men, otherwise there will be thousands of them. I say it again, victory will be ours," she added.

WATCH | UNGA adopts resolution on Ukraine in a historic vote