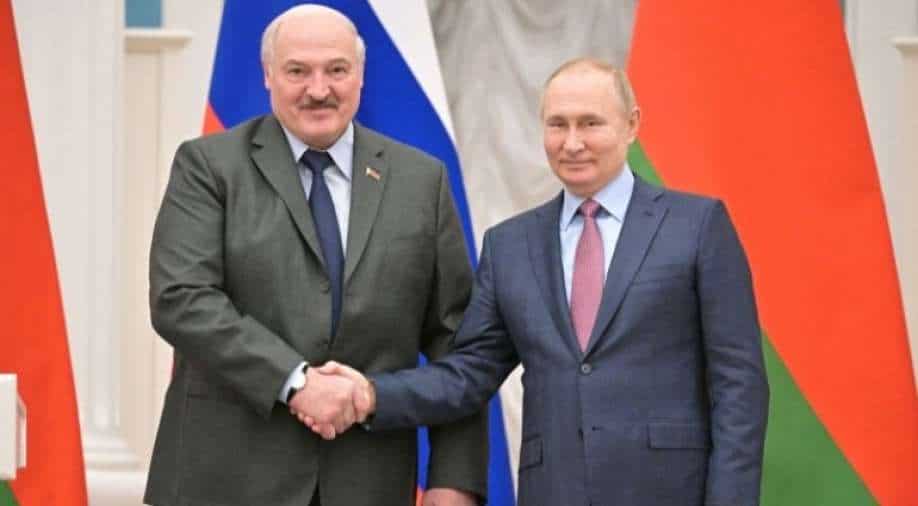 Hundreds of artillery shells exploded along the contact line between Ukrainian soldiers and Russia-backed separatists, and thousands of people evacuated eastern Ukraine, further increasing fears Sunday that the volatile region could spark a Russian invasion

Belarus' Defence Ministry has said Russia and Belarus would extend joint military exercises that had been due to end on Sunday.

"The presidents of Belarus and Russia decided to continue inspections of the readiness of Union State forces," the Belarusian defence minister Victor Khrenin said in a statement.

He said the decision was taken due to increased military activity along the Belarusian and Russian borders and because of an "escalation" in east Ukraine.

The next stage would address defence areas that had not been fully covered by the earlier stages of training, Belarus Defence Minister Viktor Khrenin said.

"In general, its focus will remain unchanged - it is designed to ensure an adequate response and de-escalation of military preparations of ill-wishers near our common borders," Khrenin said.

Hundreds of artillery shells exploded along the contact line between Ukrainian soldiers and Russia-backed separatists, and thousands of people evacuated eastern Ukraine, further increasing fears Sunday that the volatile region could spark a Russian invasion.

Western leaders warned that Russia was poised to attack its neighbor, which is surrounded on three sides by about 150,000 Russian soldiers, warplanes and equipment. Russia held nuclear drills Saturday and conducted conventional exercises in neighboring Belarus, and has ongoing naval drills off the coast in the Black Sea.

The United States and many European countries have alleged for months that Russia is trying to create pretexts to invade. They have threatened massive, immediate sanctions if it does.

Ukrainian President Volodymyr Zelenskyy called on Russian President Vladimir Putin to choose a place where the two leaders could meet to try to resolve the crisis. Russia has denied plans to invade.

“Ukraine will continue to follow only the diplomatic path for the sake of a peaceful settlement,” Zelenskyy said Saturday at an international security conference in Munich, Germany.