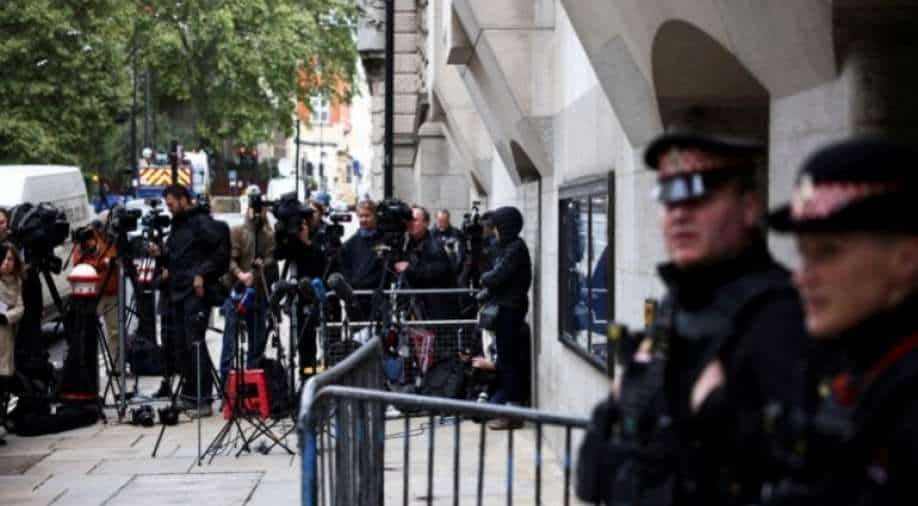 Members of the media gather outside the Old Bailey where police officer Wayne Couzens appears for sentencing following the murder of Sarah Everard, in London, Britain Photograph:( Reuters )

Wayne Couzens, 49, whose job was to guard diplomatic premises, abducted marketing executive Sarah Everard on a London street as she walked home from visiting a friend in March last year, using his police credentials to force her into his car

A former London police officer, who was jailed for life last year for a rape and murder that horrified the nation, was charged on Friday with four new counts of indecent assault which took place just weeks earlier.

Wayne Couzens, 49, whose job was to guard diplomatic premises, abducted marketing executive Sarah Everard on a London street as she walked home from visiting a friend in March last year, using his police credentials to force her into his car.

Her body was later found in woodland about 50 miles (80 km) away in southeast England.

His actions provoked anger at the failure of police and wider society to tackle violence against women, and he was told he would go to prison for life with no chance of parole.

The Crown Prosecution Service said it had now authorised Couzens to be charged with four more suspected offences of exposing himself which had taken place less than a month before he attacked Everard.

"Following a referral of evidence by the Metropolitan Police, the CPS has authorised four charges of indecent exposure against Wayne Couzens," said Rosemary Ainslie, Head of the CPS Special Crime Division. "The four alleged offences took place between January and February 2021."

He is due to appear at London's Westminster Magistrates' Court on April 13.

In January, the government announced there would be a public inquiry into whether Couzens could have been stopped before he murdered Everard.

Her death led to public rallies and outpourings of anger from women who recounted their own experiences and fears of being out alone at night.

Last week the High Court in London ruled that police had acted unlawfully when they used COVID-19 rules to force campaigners to cancel an outdoor vigil for Everard, which ended with officers using heavy-handed tactics to arrest several women and provoked widespread condemnation.