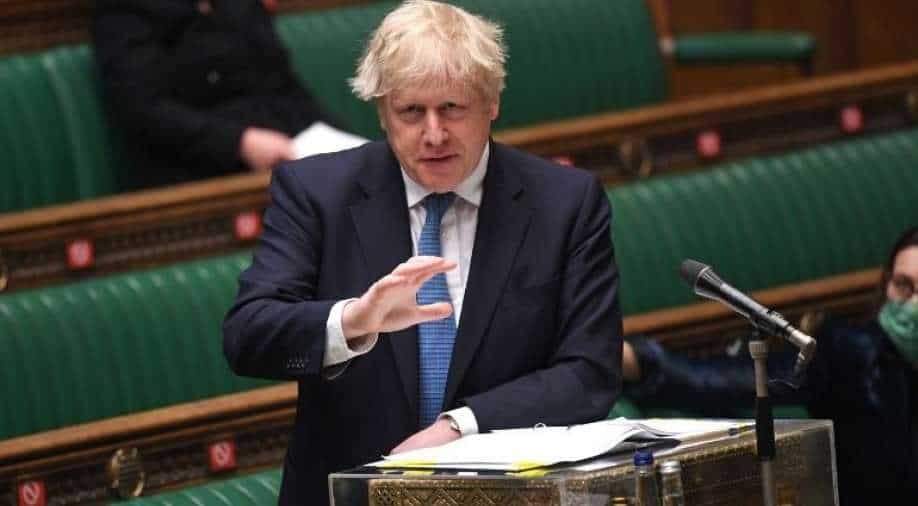 Dominic Cummings told lawmakers Boris Johnson was like a shopping cart that could not be guided, and that it was "crackers" that someone like him should be prime minister.

British Prime Minister Boris Johnson's inept handling of the COVID-19 pandemic led to tens of thousands of unnecessary deaths, and officials even feared he would ask to be injected with the virus on television to show it was benign, his former chief adviser said on Wednesday.

With almost 128,000 deaths, the United Kingdom has the world's fifth-highest official COVID-19 toll, far higher than the government's initial worst-case estimates of only 20,000.

During seven hours of explosive testimony to a parliamentary committee, Dominic Cummings told lawmakers Johnson was like a shopping cart that could not be guided, and that it was "crackers" that someone like him should be prime minister.

"Everybody was screaming, on quarantine - 'Have a policy, and set it out clearly and stick to it!'," Cummings said.

"But nobody could find a way around the problem of the prime minister - just like a shopping trolley, smashing around from one side of the aisle to the other."

Asked about Cummings's criticisms at a weekly question-and-answer session in parliament, Johnson said nobody could credibly accuse him or his government of complacency.

"We have worked flat out to minimise loss of life," he said, without directly addressing many of the claims of the man who had been his closest adviser before an acrimonious split late last year, and who personally witnessed many of his actions.

Cummings's evidence gave an alarming insight into the heart of the British government as it grappled with the onset of what would become the most devastating public health crisis in a century.

DON'T WORRY ABOUT IT

As danger loomed in February 2020, many ministers were away on ski holidays. Johnson initially dismissed the new virus as a scare story, Cummings said.

He said officials saw Johnson's attitude as "Don't worry about it, and I'm going to get (Chief Medical Advisor) Chris Whitty to inject me live on TV with coronavirus".

"When the public needed us most, the government failed," Cummings said. "Tens of thousands of people died who didn't need to die."

Johnson subsequently caught COVID-19 early in the pandemic and was moved to intensive care in hospital, where he received litres of oxygen. He later said plans had been prepared to announce his death.

Cummings cast the state as woefully disorganised, dominated by "groupthink", and run by ministers such as Health Secretary Matt Hancock who, he said, should be sacked for lying to the public and the government.

Cummings's attacks have so far failed to dent Johnson's popularity, but his testimony is likely to form the broad lines of scrutiny of a public inquiry next year into the response to COVID-19.

Cummings, the strategist behind the 2016 Brexit campaign and Johnson's landslide election win in 2019, left Downing Street late last year, carrying his personal belongings in a box, after falling out with the prime minister.

He said the West had failed during the crisis, and that British officials had resisted the idea that they should follow the example of Asian countries in locking the country down:

"The truth is that senior ministers, senior officials, senior advisers like me, fell disastrously short of the standards that the public has a right to expect of its government in a crisis like this."

He related meetings in early 2020 when it started to dawn on some officials that Johnson's resistance to a lockdown was a deadly mistake. Cummings said there was had been no plan for the epidemic, and certainly no plan for a lockdown.

He quoted Helen MacNamara, deputy cabinet secretary, as saying "I've come through here to the prime minister's office to tell you, quote, I think we are f**ed. I think this country is headed for disaster. I think we're going to kill thousands of people".

Reuters has reported how Britain was slow to spot the infections arriving, was late with a lockdown and continued to discharge infected elderly hospital patients into care homes.

Cummings repeated an allegation, which Johnson has denied, that the prime minister late last year said he would rather "let the bodies pile high" than impose a second lockdown.

"I heard that in the prime minister's study," he told the committee.

Cummings said there had been no data system to deal with COVID, no way to understand its spread and "not even a plan to bury all the bodies".

Johnson has admitted that mistakes were made and that lessons need to be learned, but his ministers say they were having to work fast, under pressure, in the face of a huge crisis.

"I take full responsibility for everything that has happened," Johnson told lawmakers on Wednesday. "As I've said before ... I am truly sorry for the suffering that the people of this country have experienced."

He has pointed to Britain's rapid vaccination programme as a success that will allow the economy to rebound before its peers.