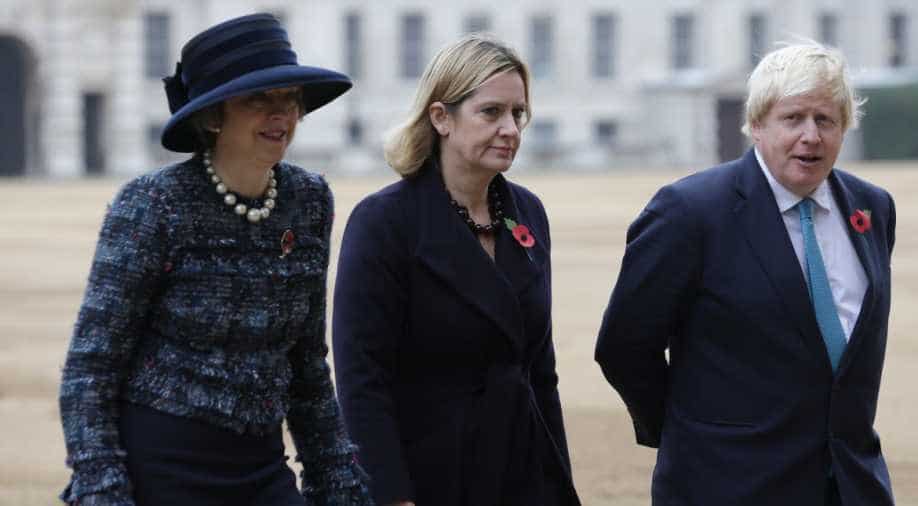 The court said it had granted the government permission to appeal against the ruling before the Supreme Court, which has set aside December 5-8 to deal with the matter. Photograph:( AFP )

In a landmark constitutional decision, the England's high court on Thursday ruled that the UK Parliament must hold a vote on beginning the process of leaving the European Union.

The British government said it will appeal the shock ruling that parliament, and not the government, must approve the start of Britain's withdrawal from the European Union.

"We will appeal this judgment," said a statement from Prime Minister Theresa May's office. "The country voted to leave the European Union in a referendum approved by Act of Parliament."

May had said she intends to use her right of "historic prerogative powers" and begin the formal exit talks by March end, but the latest verdict means the government must conduct a parliamentary vote in order to trigger the Article 50.

Most members of the House of Commons campaigned for Britain to stay in the EU in the June referendum, and there is speculation they could push for a softer break with the bloc and the parliamentary vote could delay the Brexit by months.

May has accused those involving the court of seeking to frustrate the process and delay the discussions with the EU, which could affect her negotiating stance.

The campaigners argue that Britain was taken into the EU by parliament, and only the parliament can make the decision to leave.

"This is not about whether we should stay or leave, this is actually about how we leave," Gina Miller, the co-founder of investment fund SCM Private and the lead claimant in the case, told AFP last month.

She added: "If we bypass or we set a precedent... that a prime minister can decide what rights we have and what rights we don't, then basically we go back to being a dictatorship and we roll back democracy 400 years."

The government is expected to challenge the ruling and appeal to the Supreme Court for final deliberation before the end of the year.