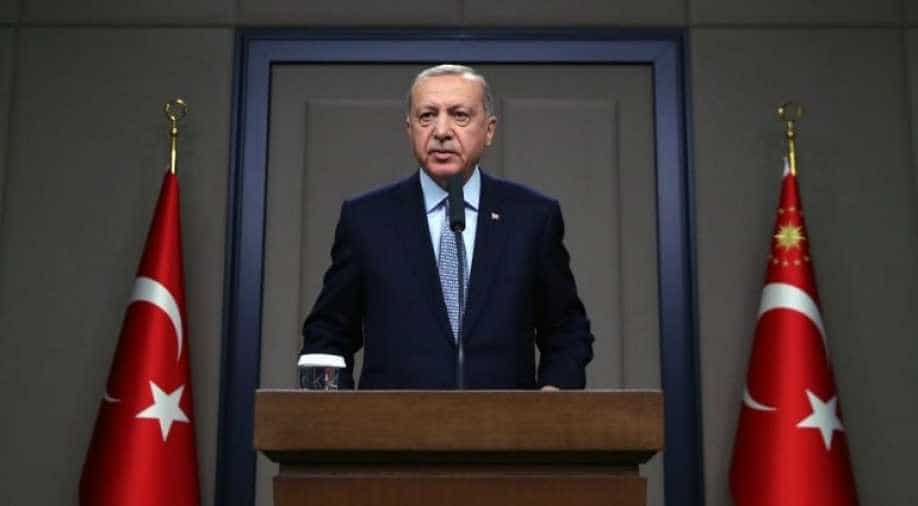 The United States announced Tuesday that it would lift for one year its three-decade-old arms embargo on Cyprus to allow 'non-lethal' military goods to be sold to the Mediterranean island.

Turkey has called on the United States to reconsider a decision to partially lift a 33-year-old arms embargo against Cyprus, saying the move disrupts ''equality and balance'' between the Turkish Cypriot and Greek Cypriot communities on the ethnically divided island nation.

Turkish Vice President Fuat Oktay said ''Ankara would continue to take steps to guarantee the security and welfare of the self-declared Turkish Cypriot state and of the Turkish Cypriot people against such positions that increase the risk of confrontation in the region."

Oktay said Wednesday that Turkey and the Turkish Cypriot state are "aware of the games that are being played against them.''

The northern third of Cyprus has been controlled by Turkey since a 1974 invasion following a coup aimed at unification with Greece.

The United States imposed the arms embargo in 1987, in the hope that it could encourage the reunification of the island. It was directed against the southern, Greek Cypriot part of the island where the internationally recognized government is seated.

Cyprus has welcomed the lifting of a US arms embargo as proof it is a "reliable partner" in the Eastern Mediterranean, as Washington's ambassador stressed the move was not aimed at Turkey.

The United States announced Tuesday that it would lift for one year its three-decade-old arms embargo on Cyprus to allow "non-lethal" military goods to be sold to the Mediterranean island.

Cypriot government spokesman Kyriakos Koushos said the development was a “recognition” of the Mediterranean island's role.

“It indicates the importance which the US and Cyprus attribute to strengthening their bilateral relations, particularly in defence and security,” he said in a statement.

At a press conference in Nicosia on Wednesday, US ambassador Judith Garber said the move was not a response to the latest tensions, but part of a regional security relationship.

“Some will ask if we are taking this in response to the most recent developments in the region, the answer is no,” Garber told reporters.

"Turkey is a very valued ally of the United States. It is a NATO ally and partner. We value our relationship with Turkey. It is a complicated one. But we do not have transactional relationships in the Eastern Mediterranean region."

Both Greece and Turkey have staged naval drills in the area to assert their sovereign claims to gas resources and exclusive economic zones, and the European Union warned Ankara on Friday to pull back or face EU sanctions.