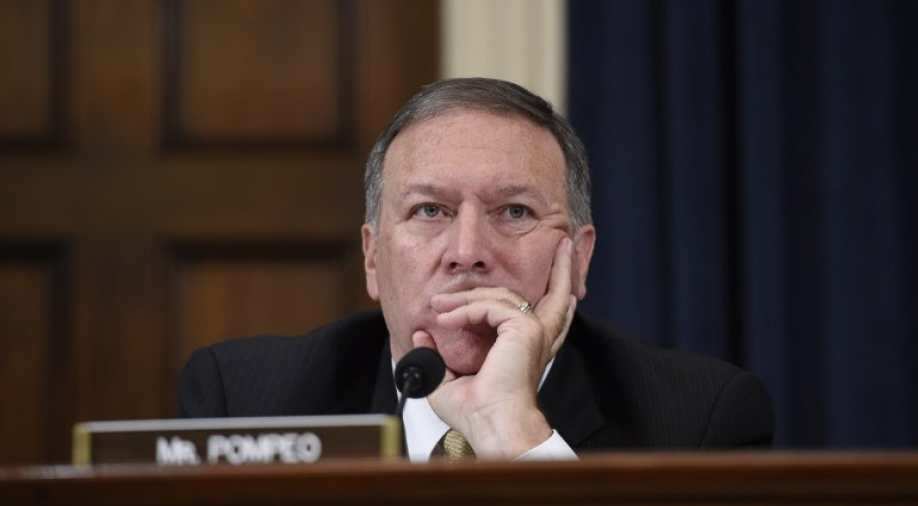 The retired Army officer, West Point and Harvard Law School graduate also has defended the CIA's use of interrogation techniques that are widely condemned as torture.

The Kansas Republican has criticised Democratic presidential candidate Hillary Clinton's use of a private email server as secretary of state and her handling of the 2012 attacks on US posts in Benghazi, Libya.

A member of the House of Representatives Intelligence Committee, Pompeo, 52, was first elected in the 2010 Tea Party wave from the congressional district centered on his hometown of Wichita. Members of both parties regard him as intelligent, collegial and capable, with a keen grasp of national security issues.

"Mike is very bright and hard-working, and will devote himself to helping the agency develop the best possible intelligence for policy makers," said Adam Schiff, the top Democrat on the House intelligence committee. "While we have had our share of strong differences - principally on the politicisation of the tragedy in Benghazi - I know that he is someone who is willing to listen and engage."

Some civil liberties and human rights advocates, however, expressed concern over Pompeo's selection because he opposes closing the Guantanamo Bay detention centre.

They also criticised his support for the National Security Agency's now-defunct bulk communications metadata collection and other surveillance programs.

"These positions and others merit serious public scrutiny through a confirmation process," said Anthony Romero, the executive director of the American Civil Liberties Union.

In a January op-ed in the Wall Street Journal, he co-authored, Pompeo called for a "fundamental upgrade to America's surveillance capabilities," including resuming bulk collection of domestic phone metadata, the numbers and time stamps of calls, but not their content.

The program, which a federal appeals court and two governmental review panels found to be illegal and ineffective, should be expanded to include "publicly available financial and lifestyle information into a comprehensive, searchable database", and that "legal and bureaucratic impediments to surveillance should be removed," he wrote.

He also called for the death penalty for Edward Snowden, the NSA contractor who disclosed the existence of the metadata program and other top-secret surveillance programs.

Pompeo stands a good chance of being confirmed by the Republican-controlled Senate. The announcement of his nomination was warmly greeted by Senator Richard Burr, the chairman of the Senate Intelligence Committee, which will conduct his confirmation hearing.

Pompeo has been at the forefront of attacks in Congress on Clinton, accusing her of "criminality" for storing emails containing classified information on her private server.

He served on the Republican-led House committee that investigated the attacks by Islamist extremists on US diplomatic and CIA posts in Benghazi that killed four Americans.

While the panel found no wrongdoing by the administration, Pompeo and another member appended to the final report a commentary accusing Clinton and other officials of failing to protect the posts and to respond appropriately to the attacks.

Democrats accused Pompeo of using inaccurate information to exaggerate alleged failures by Clinton on Benghazi.Some of Pompeo's positions also are at odds with the assessments of the intelligence officers and analysts Trump wants him to command.

While he has argued that the CIA's use of harsh interrogation techniques, including waterboarding, which simulates drowning, produced useful intelligence, current CIA Director John Brennan has said he would resign if he were ordered to resume the practice.

Other CIA and military officers and FBI agents have said so-called "enhanced interrogation techniques" do not produce reliable information because prisoners will "say anything" to end their suffering, as one CIA official put it.

Pompeo also is at odds with the intelligence community's assessment of the 2015 deal that lifted financial sanctions from Iran in return for limits on its nuclear program.

He has vowed to overturn the deal and suggested in a 2014 roundtable with journalists that the United States should bomb Iran's nuclear facilities, a proposal that US intelligence experts said would only delay Tehran's development of a warhead, not halt it.

Pompeo also has opposed the regulation of greenhouse gas emissions to combat climate change, while at the CIA, a recently created Mission Center for Global Issues tracks global warming as a threat to U.S. security.

He has taken positions that are at odds with Trump's, notably on Russia's actions in Ukraine and its military support for Syrian President Bashar al-Assad, who also is supported by Iran.

Russia has established a toehold in the Middle East, and "we now have the Iranian-Russian axis there largely running free," Pompeo told a security forum in 2015.

Pompeo, who was born in California, graduated first in his class from the U.S. Military Academy at West Point and was an artillery officer in the army for five years. He received a degree from the Harvard Law School and was an editor of the prestigious Harvard Law Review.