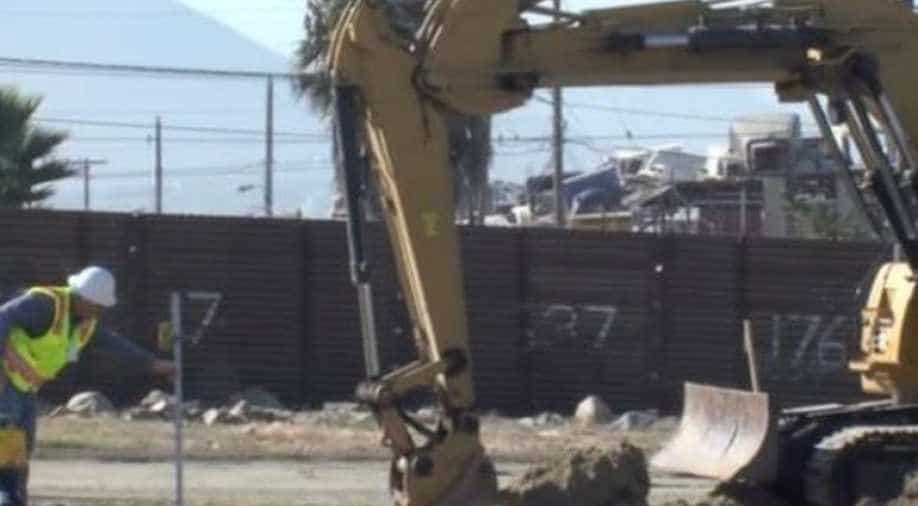 Last month the Trump administration said it had selected four construction companies to build concrete prototypes for a?wall, which will be?30 feet (9 meters) tall and about 30 feet wide and will be tested in San Diego.

President Donald Trump's border wall with Mexico came a step closer to reality on September 26 as construction and testing of prototype structures that will influence the design of the divisive project began.

"Construction of the eight wall prototypes began today here in San Diego," he said, adding that four of the structures will be made of concrete and four others will be comprised of other materials he didn't name.

Trump has insisted Mexico should pay for building the wall, which experts said could cost about $22 billion and take more than three years to complete. With Mexico refusing to pay, Trump has said since taking office in January that the wall will initially need US funding but that he will find a way to make Mexico ultimately pay for it.

Last month the Trump administration said it had selected four construction companies to build concrete prototypes for a wall, which will be 30 feet (9 meters) tall and about 30 feet wide and will be tested in San Diego.

Also Read: Tens of thousands protest against Trump in Mexico)

Villareal said the prototype phase is expected to last 30 days and that he expects protests at the site during that time.

"We expect that there may be protesting and we are going to do everything to make sure that we provide that opportunity and we maintain civility and lawfulness along the border," he said.