Trump: 'Sessions should never have recused himself", warns Mueller about investigating his finances 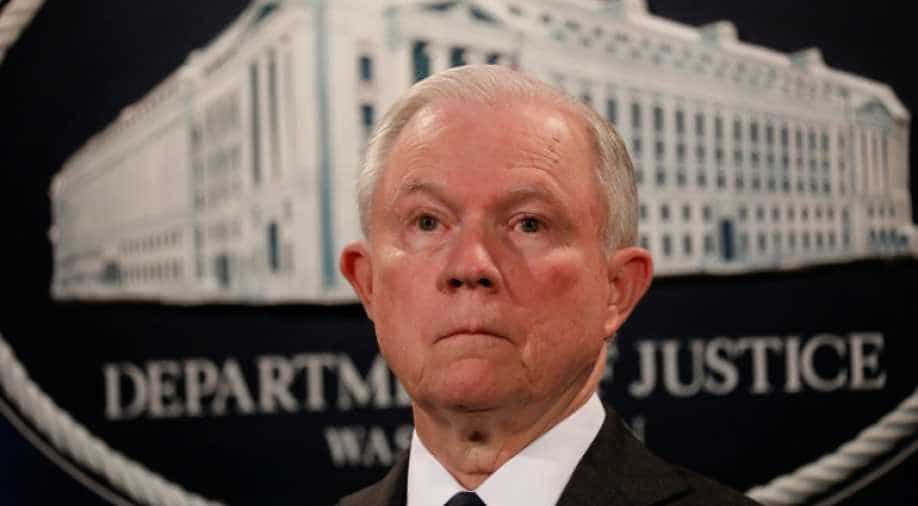 The comments come in a wide-ranging New York Times interview

Donald Trump made some comments to the New York Times in an interview that will make raise the eyebrows of Trump critics already suspicious of his connection to Russia.

He told the NYT that he would not have chosen Attorney General Jeff Sessions if he had known that Sessions would recuse himself from the Russia probe. Is this not tantamount to Trump admitting that the real purpose of his attorney general is to protect him from the Russia scandal?

Whatever else he thinks of Sessions' job up to now apparently means nothing if Sessions cannot keep him insulated from the Russia investigation.

Sessions' recusal allowed for the appointment of special investigator Robert S Mueller III. Sessions recused himself from anything to do with Trump-Russia after it became known that he had misled the public, denying under oath he met with any Russians during the election when in fact he had met twice with Russian Ambassador Sergei Kislyak.

Trump called Sessions' recusal "very unfair to the president". The President did not explain why the highest legal authority in the country deciding to recuse himself on investigations after possibly committing perjury related to them is unfair.

In the Times interview, asked if Mueller's investigation would cross a line if it investigated Trump's finances beyond the Russia probe, Trump responded "I would say, yes.

"I think that's a violation. Look, this is about Russia," Trump said. But that's just it: Trump is accused of being deeply connected to Russia, and the fact that it is impossible to tell where his personal finances end and his political connections to Russia begin is precisely what's being investigated.

It is impossible to investigate Trump's connnections to Russia without examining all his financial ties to Russia. Trump must know this.

For example, Jared Kushner, Trump's son in law and a White House adviser, failed to disclose on his security form that just before the 2016 election his company borrowed $285 million from Deutsche Bank to purchase a Manhattan building owned by Lev Leviev, a self-described "true friend" of Russian President Vladimir Putin.

Incidentally, Kushner denied having any foreign contacts on his security clearance form, a serious form necessary to get White House clearance. He has revised his form multiple times since new revelations were made public, and now the amount of foreign contacts has increased from 0 to over 100. Misrepresenting information on this form is a felony that risks five years of jail time.

Trump chose not to make his tax return public, the first presidential candidate not to take this basic step of transparency in about forty years. First Trump said he would disclose his tax return, then said he was prevented from doing so because he was under audit (it's true he was under audit, but false that he was prevented him from making them public), then flat out said he wouldn't.

Trump's base believes nothing the media says, even when a Trump says it

"I don't think we're under investigation," Trump told the New York Times. He knows this is not true. "I'm not under investigation. For what? I didn't do anything wrong," Trump lied.  He is under multiple investigations, including a criminal one for alleged obstruction of justice since firing James Comey, the former FBI Director who was investigating Trump's Russian connections.

It's impossible to be under multiple investigations and fire the person leading the most high-profile one without knowing you're under investigation.

But premeditated, repeated lying has benefited the Trumps. Repeated attacks on the media have had their intended effect: An enormous per cent of his base believes in the Trump's innocence despite what the media carries, even when the Trump's themselves admit their guilt.

He published emails that clearly showing the date of the meeting with the "Russian government lawyer" in Trump Tower. Nobody on either side denies the meeting took place. There is no reason to suppose it didn't.

Yet 32 per cent of Trump voters said they do not believe the meeting took place, while 24 per cent aren't sure.

An interview with Trump can be revealing, in a way, but investigators must go far beyond his words and search his financial records.