Trump to pick ExxonMobil chief as secretary of state: US media 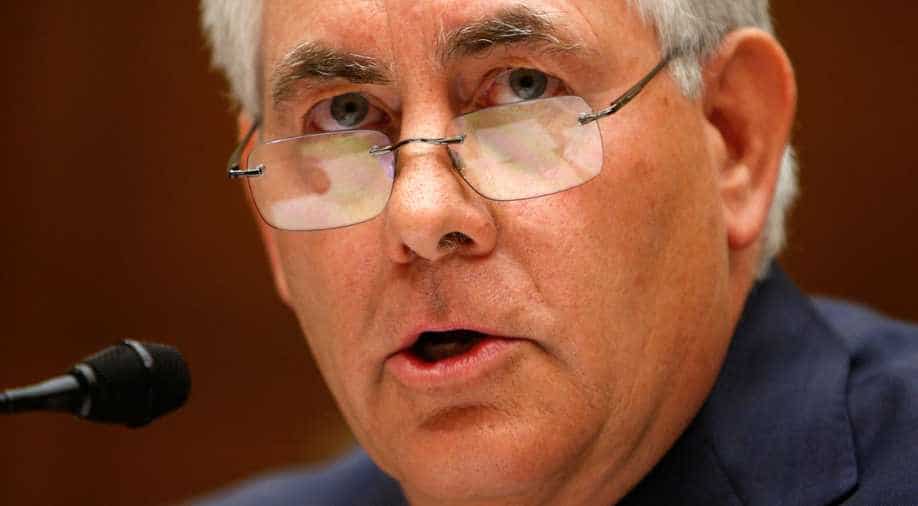 As ExxonMobil's president and CEO, the 64-year-old Texan oversees the company's business activities in more than 50 countries. Photograph:( Getty )

President-elect Donald Trump has tapped ExxonMobil chief Rex Tillerson as his secretary of state, US media reported late Monday, setting up what will likely be contentious confirmation hearings over the oilman's ties to Russia.

"I will be making my announcement on the next Secretary of State tomorrow morning," Trump said Monday evening using his favoured medium, Twitter.

If he is indeed nominated on Tuesday, Tillerson -- who has no formal foreign policy background -- is sure to face sharp questions in Senate confirmation hearings

News outlets including The New York Times, Washington Post and NBC News cited sources as saying the real estate mogul had settled on Tillerson after a drawn-out and public search for the nation's top diplomat.

Also on that list was erstwhile Trump critic and former Massachusetts governor Mitt Romney, who indicated on Facebook he was out of the running shortly after Trump said he would soon make his choice official.

"It was an honour to have been considered for secretary of state of our great country," Romney wrote.

"My discussions with President-elect Trump have been both enjoyable and enlightening. I have very high hopes that the new administration will lead the nation to greater strength, prosperity and peace."

CNN reported that Trump had called Romney to tell him he had not been selected.

Trump's secretary of state will be tasked with overseeing international relations for a political novice who seems intent on trashing protocol and upending relationships built on decades of delicate diplomacy.

If he is indeed nominated on Tuesday, Tillerson -- who has no formal foreign policy background -- is sure to face sharp questions in Senate confirmation hearings.

As ExxonMobil's president and CEO, the 64-year-old Texan oversees the company's business activities in more than 50 countries.

He has opposed sanctions on Russia and in 2013 was awarded Russia's Order of Friendship by Vladimir Putin following several years of Exxon projects in the country.

Trump has praised Tillerson as "much more than a business executive."

"I mean, he's a world-class player," the president-elect told Fox News Sunday. "He knows many of the players and he knows them well.

With more than five weeks to go before he is sworn in, Trump is already ruffling feathers with his statements about two major world powers: Russia and China.

The president-elect has stoked alarm -- even among fellow Republicans -- by calling for closer ties with Moscow, in contrast to received wisdom in Washington that Russia remains a global security threat.

He has dismissed as "ridiculous" reports that US intelligence has concluded that Russia interfered in last month's presidential election to sway the vote in his favor.

And Sino-US relations are strained after a series of moves by Trump that provoked China, America's biggest single goods trading partner and the holder of almost a trillion dollars in US government debt.

The incoming president has suggested that Beijing may have to make concessions on trade if US policy toward China is to stay the same. He also directly challenged China over its currency and its takeover of disputed islets in the South China Sea.

That came after Trump raised eyebrows by taking a congratulatory call from the president of Taiwan, a self-ruling island that Beijing considers a rogue province awaiting unification.

It was a break from the "One China policy" -- which recognises Beijing as the sole representative of China -- the cornerstone of the relationship between the countries since Richard Nixon went to China in 1972.

China's foreign ministry has warned that if the One China policy is "compromised or disrupted," cooperation in major fields would be "out of the question."