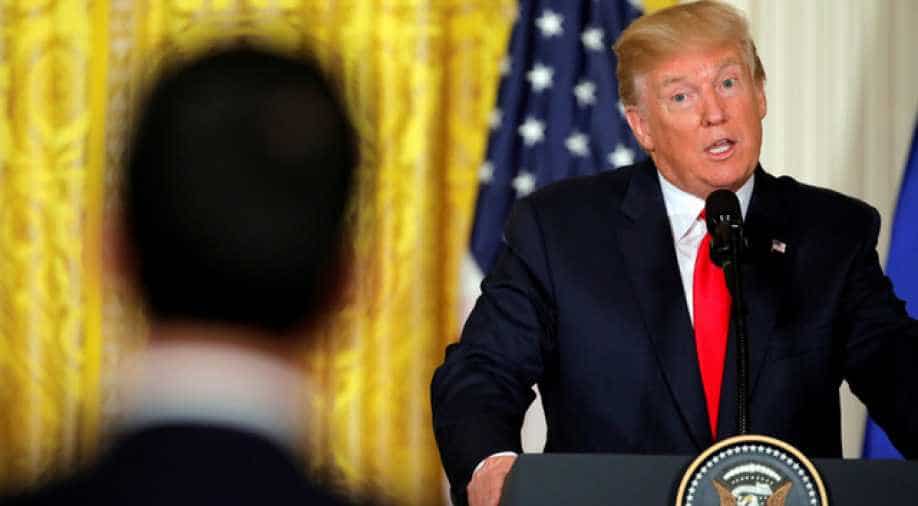 'This request is a down-payment on the president's commitment to help affected states recover from the storm...' White House Budget Direct Mick Mulvaney wrote to US House of Representatives Speaker Paul Ryan. Photograph:(Reuters)
Follow Us

"This request is a down-payment on the president's commitment to help affected states recover from the storm, and future requests will address longer-term rebuilding needs," Mulvaney said.

Trump had been expected to request $5.95 billion for the recovery effort after Harvey flooded areas of Houston and other parts of Texas.

The White House has said that it would make multiple requests for aid from Congress to fund the Harvey recovery effort. White House homeland security adviser Tom Bossert told reporters on Thursday aid funding requests would come in stages as more became known about the impact of the storm.

Texas Governor Greg Abbott has said that his state may need more than $125 billion.

Bossert said the Trump administration wanted Congress to pass the disaster relief measure on its own and not add it to other measures, such as the effort to raise the debt ceiling.

The U.S. government has a statutory limit on how much money it can borrow to cover the budget deficit that results from Washington spending more than it collects in taxes. Only Congress can raise that limit.

Mulvaney urged Congress to act "expeditiously to ensure that the debt ceiling does not affect these critical response and recovery efforts."

Senate Appropriations Committee Chairman Thad Cochran said in a statement that his panel "will move swiftly to consider requests for relief funding as it receives them.”