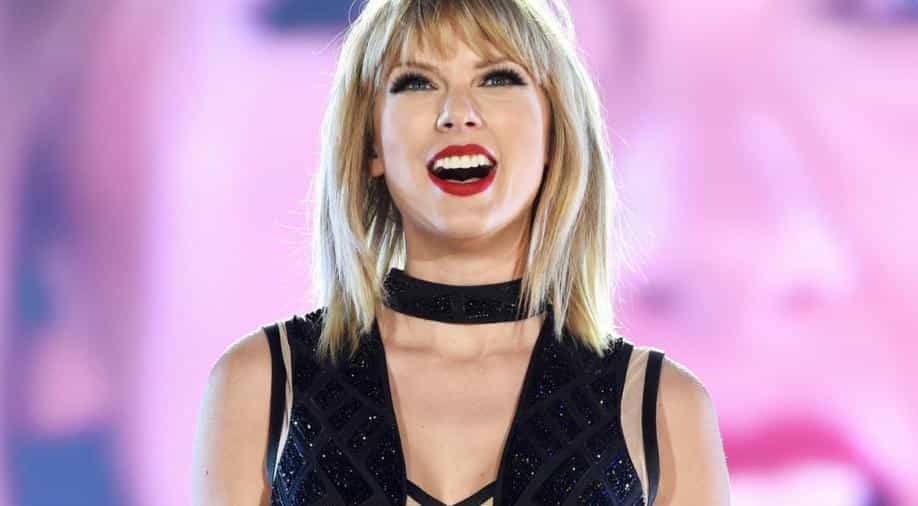 US President Donald Trump has said he likes Taylor Swift's music "about 25 per cent less" after the pop superstar endorsed the Democrats running for office in Tennessee in the upcoming US midterm elections.

Swift backed Phil Bredesen and Jim Cooper, who are running for the Senate and the House of Representatives. She also launched a fierce attack on Bredesen's opponent, the Republican Marsha Blackburn, who currently serves in the House.

"I’m writing this post about the upcoming midterm elections on November 6th, in which I’ll be voting in the state of Tennessee. In the past I’ve been reluctant to publicly voice my political opinions, but due to several events in my life and in the world in the past two years, I feel very differently about that now," Swift wrote.

"I cannot vote for someone who will not be willing to fight for dignity for ALL Americans, no matter their skin color, gender or who they love. Running for Senate in the state of Tennessee is a woman named Marsha Blackburn. As much as I have in the past and would like to continue voting for women in office, I cannot support Marsha Blackburn. Her voting record in Congress appalls and terrifies me. She voted against equal pay for women. She voted against the Reauthorization of the Violence Against Women Act, which attempts to protect women from domestic violence, stalking, and date rape. She believes businesses have a right to refuse service to gay couples. She also believes they should not have the right to marry. These are not MY Tennessee values. I will be voting for Phil Bredesen for Senate and Jim Cooper for House of Representatives. Please, please educate yourself on the candidates running in your state and vote based on who most closely represents your values."

Swift won a lawsuit last year against a former radio DJ she accused of groping her.

"For a lot of us, we may never find a candidate or party with whom we agree 100% on every issue, but we have to vote anyway," Swift wrote on Instagram.

"So many intelligent, thoughtful, self-possessed people have turned 18 in the past two years and now have the right and privilege to make their vote count. But first you need to register, which is quick and easy to do. October 9th is the LAST DAY to register to vote in the state of TN. Go to vote.org and you can find all the info. Happy Voting!" Swift added.

Trump was asked for his reaction and he said he was ""sure Taylor Swift doesn't know anything" about Blackburn.

The president was asked for his reaction to the snub and told reporters at the White House he was "sure Taylor Swift doesn't know anything" about Blackburn.

"Let's say that I like Taylor's music about 25 percent less now, okay?" he added. AFP reported that he also flashed "what could best be described as a cheeky grin".

Trump, it should be noted, has been a Swift fan.

"Glad to hear that @taylorswift13 will be co-hosting the Grammy nominations special on 12.5. Taylor is terrific!" he tweeted breathlessly in October 2012.

In August of that year, addressing her directly, he swooned: "Thanks for the beautiful picture --- you are fantastic!"