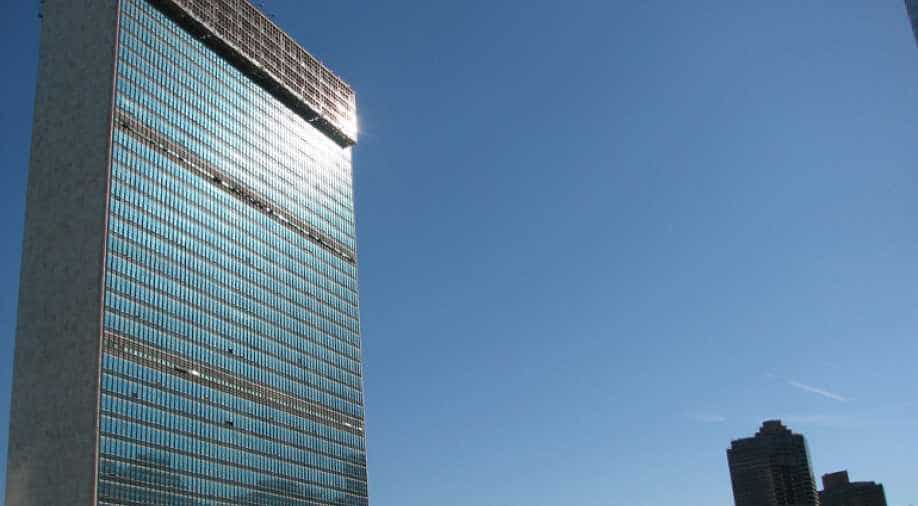 The United States is the biggest contributor to the United Nations, paying 22 per cent of the $5.4 billion core budget and 28.5 per cent of the $7.9 billion peacekeeping budget. (Image source: Flickr) Photograph:( Others )

President Donald Trump's plan for deep cuts to US funding to the United Nations would make it "impossible" for the world body to continue its work to advance peace, development and human rights, the UN spokesman said Wednesday.

The US State Department has laid out plans to slash Washington's budget for diplomacy and foreign aid by more than 30 per cent, including a dramatic cut of 60 per cent of US funding for peacekeeping missions.

"The budget as it's proposed now would make it simply impossible for the UN to continue all of its essential work advancing peace, development, human rights and humanitarian assistance around the world," said spokesman Stephane Dujarric.

Last month, the US administration cut funding to the UN Population Fund, which provides reproductive health and birth control services in more than 150 countries.

UN Secretary-General Antonio Guterres had criticised the US move, saying that the funding cut of $32.5 million could be devastating for the health of women and girls worldwide.

Guterres, who took over from Ban Ki-moon five months ago, has vowed to trim the UN bureaucracy and make the world body more effective in its responses to world crises.

The UN chief is "very conscious of cost-cutting" and has instructed all departments to look for ways to "spend money more wisely," said Dujarric.

But he added: "We will need resources to deliver on our mandates."

UN officials cautioned that the budget proposal could undergo changes in the US Congress.

"I think we would want to see the conclusion of the budgetary process before we make any comment," said Atul Khare, an under-secretary-general for peacekeeping.

Last month, Trump urged UN Security Council ambassadors during a working lunch in Washington to take a close look at the UN budget, saying expenditures had "absolutely gone out of control".

But Trump added that if the United Nations showed results, he would back away from budget cuts "because you're talking peanuts compared to the important work you're doing."

The US president's budget proposal was released this week as the UN's budget committee began work in New York to approve expenditures for the 16 peacekeeping missions.

The council has agreed to shut down peacekeeping missions in Ivory Coast, Liberia and Haiti, and is expected to significantly draw down the joint operation with the African Union in Sudan's Darfur region.