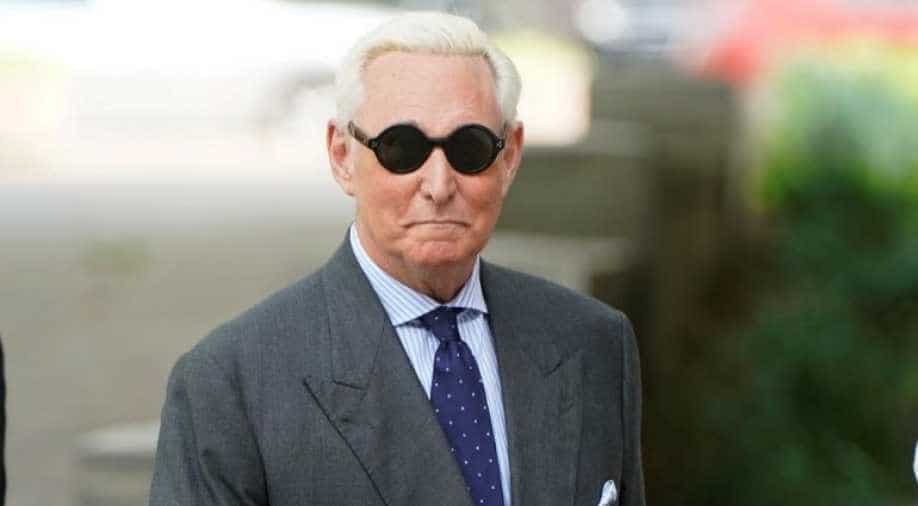 President Donald Trump on Friday commuted the sentence of his longtime friend and adviser Roger Stone, sparing him from prison after he was convicted of lying under oath to lawmakers investigating Russian interference in the 2016 U.S. election.

"Roger Stone has already suffered greatly," the White House said in a statement. "He was treated very unfairly, as were many others in this case. Roger Stone is now a free man!"

Stone, 67, was scheduled to report by Tuesday to a federal prison in Jesup, Georgia, to begin serving a sentence of three years and four months for lying under oath to US lawmakers investigating Russian interference in the 2016 U.S. election.

A commutation does not erase a criminal conviction as a pardon does.

In announcing its clemency decision for Stone, the White House took aim at Mueller`s investigation and the prosecutors who brought the case against Stone. The White House said Stone "is victim of the Russia Hoax that the Left and its allies in the media perpetuated for years in an attempt to undermine the Trump Presidency."

"There was never any collusion between the Trump Campaign, or the Trump Administration, with Russia. Such collusion was never anything other than a fantasy of partisans unable to accept the result of the 2016 election," the White House said.

Trump`s decision to commute Stone`s sentence marks his most assertive intervention to protect an associate in a criminal case and his latest use of executive clemency to benefit an ally.

House of Representatives Intelligence Committee Chairman Adam Schiff condemned Trump`s action, saying: "With this commutation, Trump makes clear that there are two systems of justice in America: one for his criminal friends, and one for everyone else."

A Washington jury in November 2019 convicted Stone on all seven criminal counts of obstruction of a congressional investigation, five counts of making false statements to Congress and tampering with a witness.

Stone was convicted for lying to the House of Representatives Intelligence Committee about his attempts to contact WikiLeaks, the website that released damaging emails about Trump`s 2016 Democratic election rival Hillary Clinton that U.S. intelligence officials have concluded were stolen by Russian hackers.

The U.S. Constitution gives a president the "power to grant reprieves and pardons for offences against the United States, except in cases of impeachment." Trump`s use of this executive clemency often has benefited allies and well-connected political figures.

Stone has been a fixture in American partisan battles dating to the 1970s. Stone, a colourful figure known for his natty attire, has labelled himself an "agent provocateur" and famously has the face of former President Richard Nixon tattooed on his back.

Trump repeatedly lashed out on Twitter about Stone`s case, accusing prosecutors of being corrupt, the juror forewoman of political bias and the judge of treating his friend unfairly.

Late on Friday, the U.S. Appeals Court for the District of Columbia denied Stone`s request for a delay in reporting to prison.