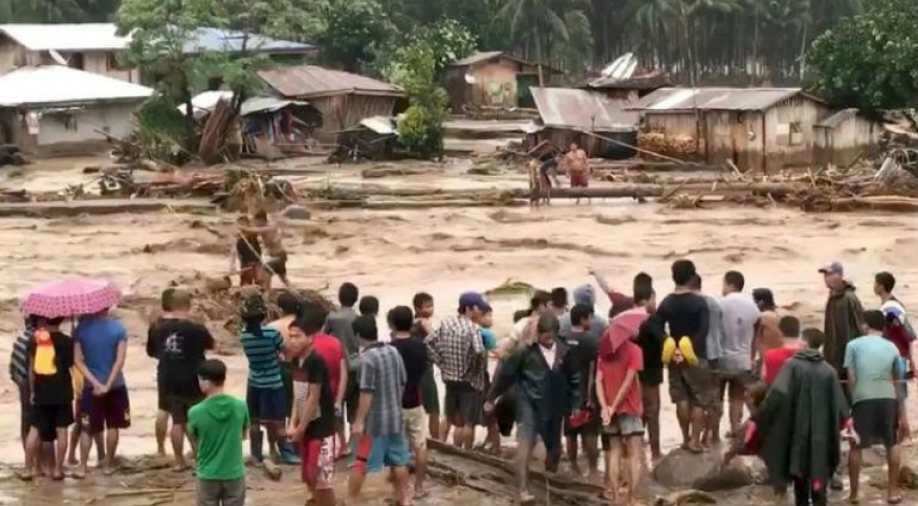 Floods and mudslides triggered by tropical storm Tembin have killed 30 people and left around 60 others missing in Tugaya Village in Tubod City of Mindanao in the Philippines.

As one of the most remote villages in Tubod, Tugaya Village has been completely destroyed and left buried in mud. Over 120 households in the village were affected by the tropical storm which has left 116 houses damaged beyond repair.

The Philippine army and fire brigades are still searching for the missing villagers, with many of the rescuers clearly affected by the scale of the tragedy.

"It is really sad for us. Even if we are working with people, rescuing them, it is not easy for us to accept the reality. Nature is not easy to explain," said Albert Chan, chief operator of the Tubod Fire Station.

Many local villagers weren't evacuated in time, which resulted in the large number of casualties. The Philippines is hit by around 20 typhoons on average each year and tropical storm Tembin didn't raise major concerns among unsuspecting local residents.

"We get used to [typhoons]. For us, being attacked by a typhoon is very normal. The village was usually hit by typhoons in the past, but not as severe as this one. The floods were not as torrential as this one as well. It is the most severe this time," said Imelda Diag, a local villager.

Villagers were later moved to a safe place on the opposite side of the mountainous area by crossing a rapid river, with horses carrying their goods.

Tembin battered the southern Philippine island of Mindanao last Friday, triggering floods and mudslides across the region, leaving over 200 people dead, more than 150 others missing and some 70,000 homeless, according to the Philippine government.