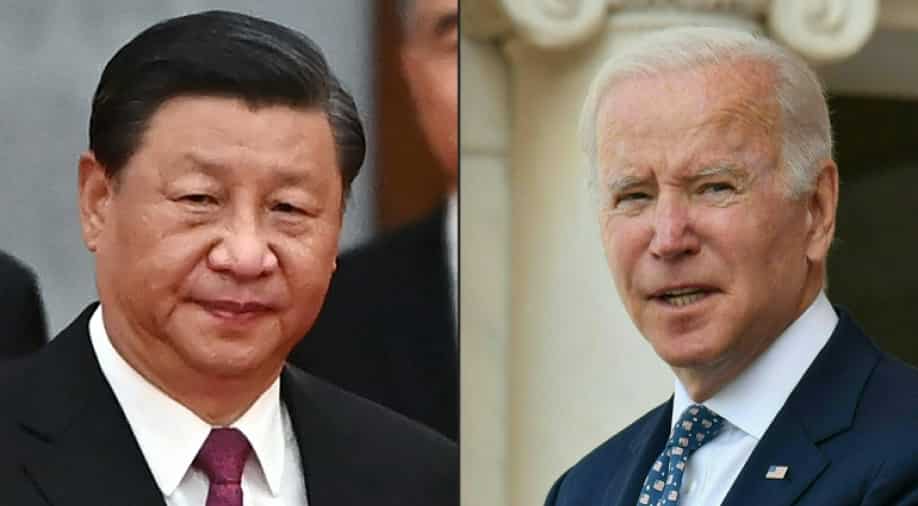 In this combination of images, Chinese President Xi Jinping (L) can be seen along with US President Joe Biden (R) Photograph:( AFP )

The top military officials of the United States, China are going to meet over the rising tension in Taiwan as per a report.

According Hong Kong-based newspaper South China Morning Post, the two nations are in touch to discuss the possibility of US Defence Secretary Llyod Austin and Xu Qiliang holding talks.

It comes after US President Joe Biden and Chinese President Xi Jinping held a virtual summit.

Jinping had warned Biden ''not to play with fire'' when he had mentioned China's increasing military drills in Taiwan's air defence identification zone (ADIZ).

China says the issue of Taiwan, which it claims as Chinese territory, is the most sensitive in its ties with the United States, the country that is also Taiwan's most important international backer and arms supplier.

Democratically-rule Taiwan has denounced China for its stepped up diplomatic and military pressure to try and force the island into accepting Chinese sovereignty.

Also read | This is China's anti-submarine aircraft which targets Taiwan

Taiwan President Tsai Ing-wen has vowed to defend the island, and says only its people can decide its future.

Defence minister Chiu Kuo-cheng had previously warned that military tensions between Taiwan and China are at their highest in four decades, adding Beijing would be in a position to launch a full-scale invasion in 2025.

The United States is going to hold a summit on December 9 in which it has invited 110 democracies including Taiwan. However, China has not been invited.