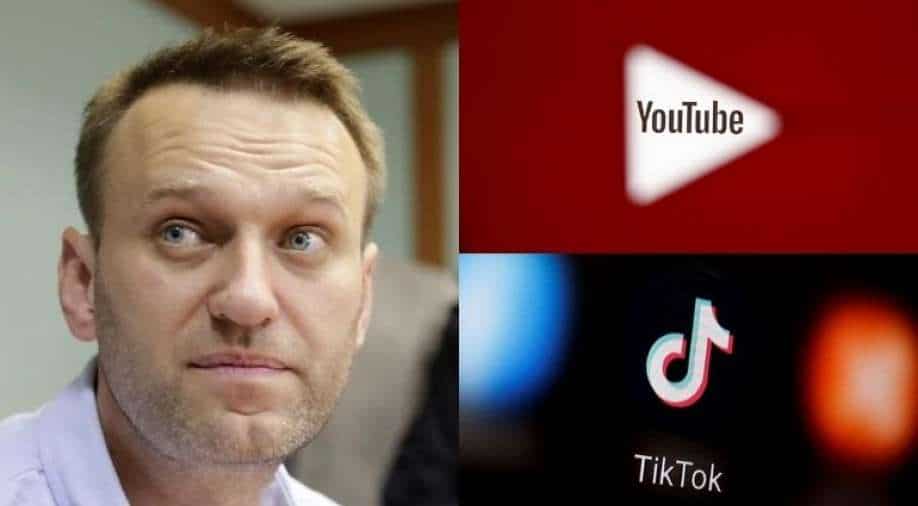 The political environment in Russia is getting more intense now, especially after the arrest of the Kremlin critic Alexei Navalny.

Following the arrest, people are now having to rely on video-sharing platforms such as TikTok and YouTube to get access to news. However, the video-sharing apps have taken steps to restrict content promoting the weekend protests, suggested by Navalny himself.

As per Russian officials, TikTok had deleted some videos promoting the "illegal" weekend protests that were being organised to demand the release of Navalny.

Various posts demanding the release of Navalny have been viewed more than 300 million times on TikTok since this arrest at the start of this week.

Navalny, who is hugely gaining popularity among the youngsters of Russia, have been posting content in favour of Putin's sworn-enemy, despite several warnings by the Russian government.

This has also reached Navalny in his detention centre. "Respect to the schoolchildren who, according to my lawyer, 'wreaked havoc on TikTok'," his team posted on his Instagram account on the detained critic's behalf.

The Russian government has also, now, opened a criminal case into this matter, alleging an attempt to misleading youngsters pf the country into committing illegal acts against the security of themselves and the country.

While TikTok has been taking strict actions, YouTube has also not been completely ignorant to these messages being passed around, The popular video platform has also deleted nearly 50 per cent of the posts claiming it was urging minors to protest.

Meanwhile, videos promoting protests have been gaining views and likes at a rapid rate.

However, Facebook has claimed that it has not yet removed any of such information.

"We've received requests from the local regulator to restrict access to certain content that calls for protest," a Facebook spokesperson said. "Since this content doesn't violate our Community Standards, it remains on our platform."