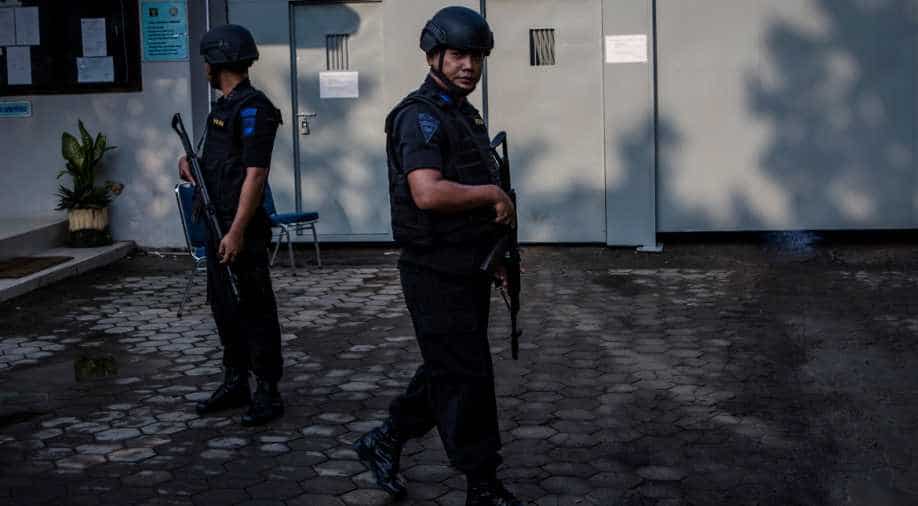 Three suspected militants were shot dead by Indonesian anti-terror officers during a raid Wednesday, authorities said, with police discovering a cache of bombs at the scene of the shootout.

The firefight erupted at a house about 25 kilometres (15 miles) outside the capital Jakarta.

Police said the alleged militants had opened fire at officers.

"Suddenly somebody threw something (at officers) and it was a man-made bomb, but it didn`t explode and there were shots from inside," police spokesman Rikwanto, who goes by one name, told Metro TV.

"Police responded ... and three people (inside the house in South Tangerang) were killed."

Rikwanto said police had not ruled out the possibility the explosives were planned to be detonated in attacks over the holiday period.

The police have not revealed how many bombs were found in the house. One alleged militant was arrested.

The incident came less than two weeks after police arrested four Islamic militants, including a female suicide bomber, and a bomb in Bekasi, east of Jakarta.

The group in South Tangerang is linked to the Bekasi group, Rikwanto said.

A sustained crackdown in Indonesia, the world`s most populous Muslim-majority country, weakened many of the most dangerous extremist networks responsible for a string of deadly homegrown attacks during the 2000s.

But there have been fears of a resurgence in militancy and police believe hundreds of Indonesians have travelled to Syria to fight with militant groups including IS.