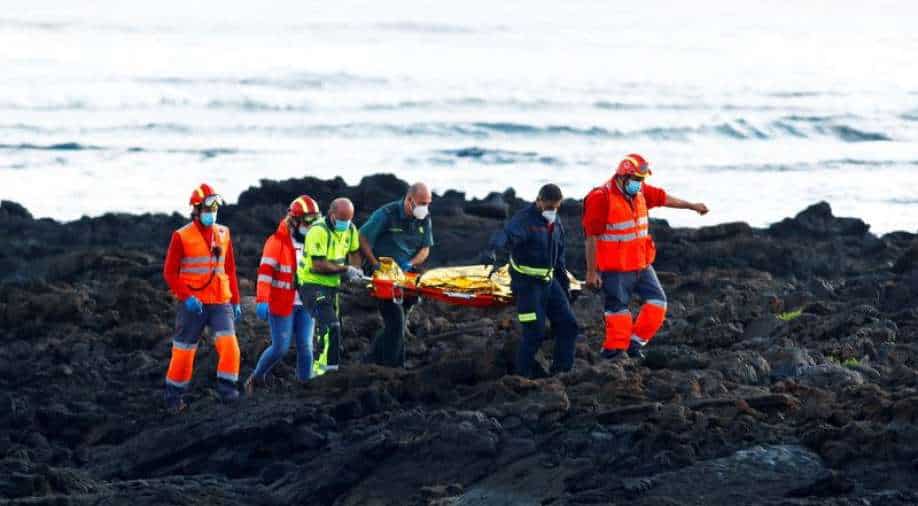 Two women and one man were confirmed dead on arrival at the port, an emergency services spokeswoman said, while two women were transferred to hospital with slight injuries.

Spain's coast guard rescued nearly 40 African migrants from waters off the coast of Tenerife on Friday after their boat capsized during the dangerous crossing to the Canary Islands, which saw a tenfold surge in such traffic last year.

Two women and one man were confirmed dead on arrival at the port, an emergency services spokeswoman said, while two women were transferred to hospital with slight injuries.

Red Cross workers in masks and goggles carried several young children ashore and helped injured adults to a dockside medical tent at the resort town of Los Cristianos on the island's southern coast.

The rescue happened as the U.N. migration agency announced that more than 2,200 people died at sea trying to reach Europe last year, more than a third along the increasingly busy route to the Canaries.

Some 23,000 migrants made the crossing from Africa to the archipelago, located around 60 miles to the west of Morocco's Atlantic Coast.

A record 850 died on that route last year, the migration agency said, suggesting COVID-19 prompted many hard-hit workers in fishing or agriculture to migrate.

With existing arrival facilities packed to capacity, authorities have resorted to housing thousands in camps, drawing criticism from rights groups over inhumane conditions.