'This war will last': Ukraine apartment block in Kyiv hit by missiles 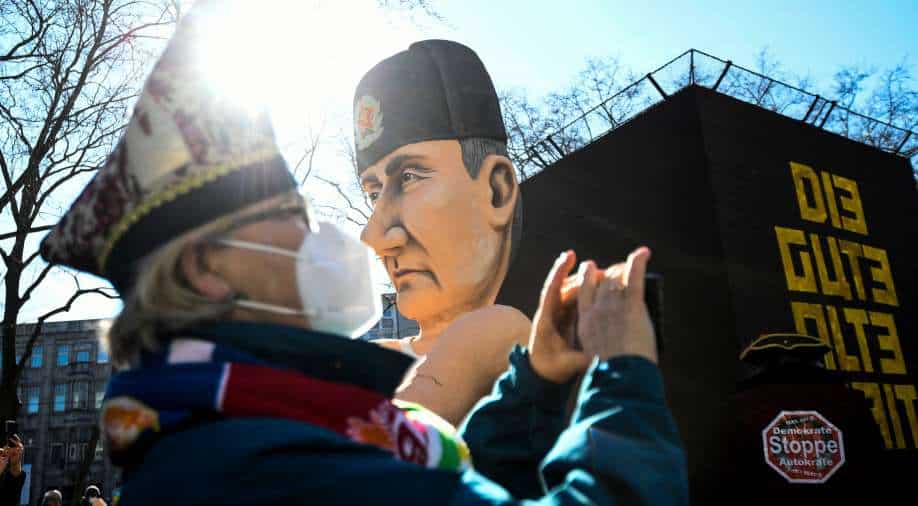 Amid the heavy fighting, Russian forces claimed they had annexed the Ukrainian city of Melitopol as its forces unleashed cruise missile and artillery strikes on several cities including capital Kyiv.

As Russia continued its assault on Ukraine, reports said an apartment block in Kyiv was hit by a missile.

Amid the heavy fighting, Russian forces claimed they had annexed the Ukrainian city of Melitopol as its forces unleashed cruise missile and artillery strikes on several cities including capital Kyiv.

Watch: Zelenksy refuses US' offer to evacuate him

Ukraine said heavy fighting was continuing on the ground in the capital as the country's defence ministry claimed that it had shot down "two enemy targets were shot down" identifying them as a Russian SU-25 helicopter and a bomber in the separatist zone in the east.

Explosions were also heard in Kyiv's northern district Obolonsky as Ukrainian forces clashed with Russian troops on the streets. Ukrainian defence ministry claimed 2,800 Russian soldiers have been killed, although Russia is yet to release its casualty figures.

Also Read in Pics |  Russia's 'checkmate': Why the Orion combat drone is a gamechanger

Meanwhile, French President Macron warned that the world "must be prepared" for a "long" war in Ukraine as Russia moved to suspend space launches from French Guiana over sanctions.

"In response to EU sanctions against our enterprises, Roskosmos is suspending cooperation with European partners over organizing space launches from the Kourou cosmodrome and withdrawing its technical personnel... from French Guiana," the Russian space agency said.