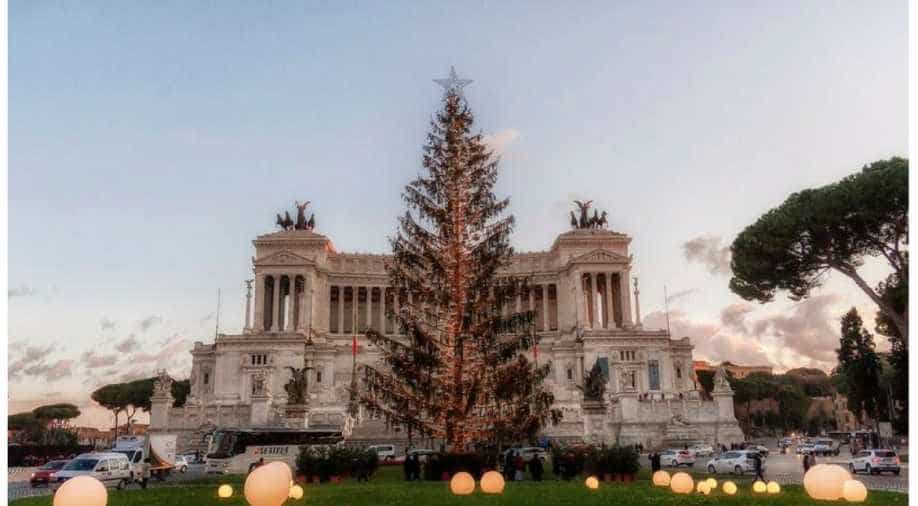 This is the dry Christmas tree put up before Christmas day at Piazza Venezia on December 19. Photograph:( Twitter )

If you happen to be visiting Rome at this time of the year, then you must see the "world's saddest" Christmas tree, as dubbed by the locals.

Put up before the Piazza Venezia ahead of the Christmas day on December 8, the tree has been losing its needles ever since.

With just a few days left until Christmas, the thinning has gotten very bad as narrated by some locals who are calling the tree "baldy". Others have gone ahead to label the tree as the “world’s saddest Christmas tree.”

The 65-foot Christmas tree costs a massive $57,000 and was put up as a centrepiece at the Venezia.

As reported by popular news sites, some locals are laughing off the incident with some getting furious at the mayor in-charge, Virginia Raggi.

Currently, the city authorities have opened an investigation to discover why the tree has died so quickly although the officials have stated that they have no plans of removing the tree before the holiday.