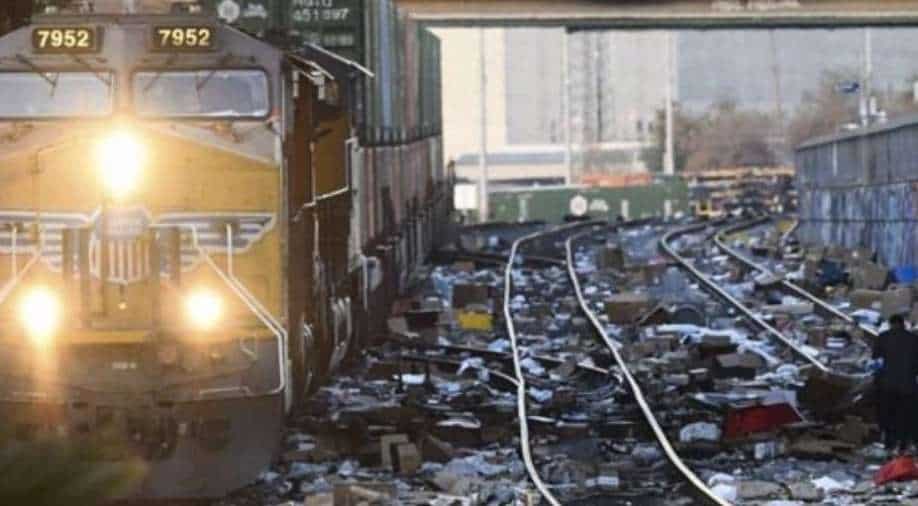 Union Pacific, which is one of the largest railroad companies in the US says that it may avoid operating in LA county after such cases have increased

Several US mail order and courier companies such as Amazon, Target, UPS and FedEx have become a target of thefts, which have surged in recent months. Freight trains are broken into daily in Los Angeles by thieves who have an intention of taking advantage of the trains' stops to loot packages which are purchased online.

According to a report by AFP, the thieves wait until the trains are put out of action. They then climb onto these containers and break these locks.

Union Pacific, which is one of the largest railroad companies in the US says that it may avoid operating in LA county after such cases have increased.

There has been an increase of 160 per cent in such thefts in LA since December 2020. Union Pacific in a letter to authorities said, "In October 2021 alone, the increase was 356 per cent compared to October 2020."

The explosion in looting has been accompanied by an upsurge in "assaults and armed robberies of UP employees performing their duties moving trains," the letter further said.

Over 90 containers were vandalised every day in LA County in the last quarter of 2021.

The police have arrested over 100 people in the last three months of 2021 for "trespassing and vandalising" trains.

A spokesperson for Union Pacific said, "While criminals are being caught and arrested, charges are reduced to a misdemeanor or petty offence, and the person is back on the streets in less than 24 hours after paying a nominal fine. In fact, criminals boast to our officers that there is no consequence."

The damages doe so far from such thefts in 2021 amounted to nearly $5 million.