The locust crisis: How are nations tackling the growing menace? 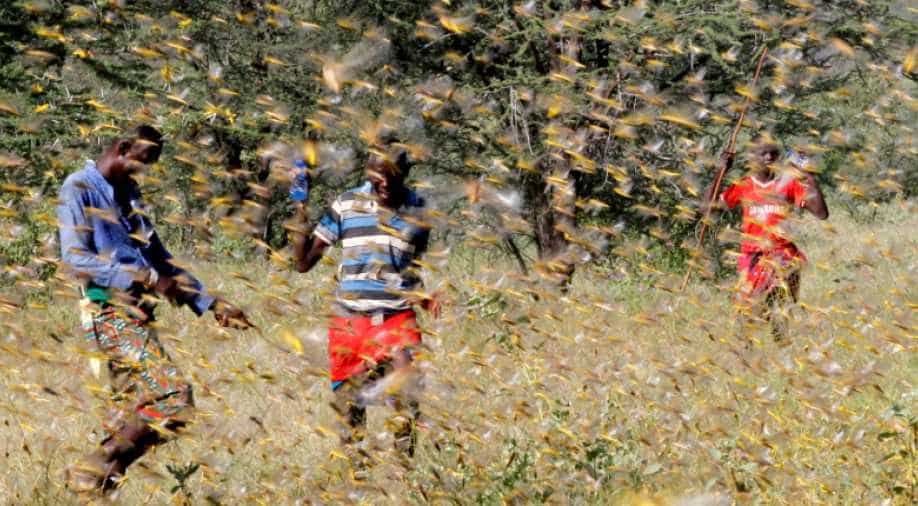 Swarms of this pest have wreaked havoc worldwide. They have destroyed crops and pastures and have made the lives of farmers a living hell.

The world is not just battling the coronavirus, the H1N1 or the bird flu but also a growing menace of locusts.

Locusts are now threatening the food security of around 25 million people.

Some countries have sent armies to combat this monster while others have deployed ducks.

Swarms of this pest have wreaked havoc worldwide. They have destroyed crops and pastures and have made the lives of farmers a living hell.

The grasshoppers have invaded these countries, decimated their crops. Locust swarms can devour food for as many as 35,000 people in a single
day.

Some of these swarms are the size of a city.

Experts at the United Nations say that the number of locusts in east Africa could expand 500 times by June.

The winged menace could soon spread to other countries. And if that happens, it will happen fast. Locusts can travel up to 150 kilometres a day.

How are countries dealing with this menace?

Uganda has waged a war against the winged devils. They have deployed the military. Uniformed men are spraying pesticides to save the remaining crops. China has sent out an army of ducks. At least 100,000 ducks have been deployed in China's Xinjiang border. Their task is to seek, destroy and eat the flying locusts.

India too is taking preventive steps.

New Delhi is buying drones and other equipment to monitor the movement of the grasshoppers. The idea is to spot and neutralise the enemy before they crossover from Pakistan.

Experts are of the opinion that changing weather patterns have triggered this locust crisis which is only expected to get worse.