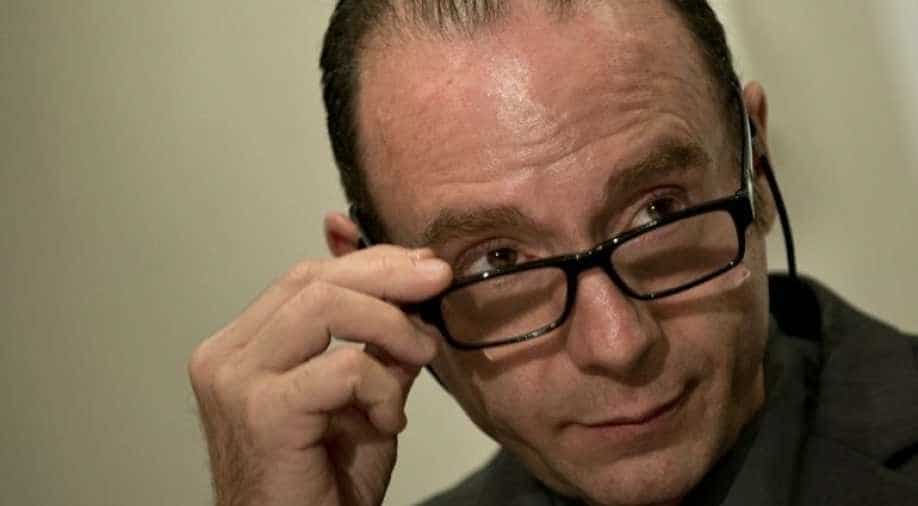 Timothy R. Brown waits to speak at a press conference to announce the formation of the Timothy Ray Brown Foundation and to call for increased efforts to cure AIDS July 24, 2012 in Washington, DC. Brown, previously known as the Berlin Patient, is considere Photograph:( AFP )

Famously known as the “Berlin Patient”, Brown had made history when he was cured of HIV more than ten years ago

Timothy Ray Brown, the first person to be successfully cured of HIV has died due to cancer, the International Aids society announced on Wednesday.

Famously known as the “Berlin Patient”, Brown had made history when he was cured of HIV more than ten years ago.

Before his demise, Brown had seen recurrent instances of leukaemia over a few months. He also received care in Palm Springs, California.

"On behalf of all its members... the IAS sends its condolences to Timothy’s partner, Tim, and his family and friends," IAS President Adeeba Kamarulzaman announced.

"We owe Timothy and his doctor, Gero Hutter, a great deal of gratitude for opening the door for scientists to explore the concept that a cure for HIV is possible”, IAS president added.

At the Free University of Berlin, his doctor used a stem call transplant which came from a donor who had a rare genetic mutation, which somehow gave him a natural resistance to HIV.

The doctors had hoped it would rid Brown of both HIV and cancer.

After two dangerous procedures, it worked. In 2008, when he free of both the ailments he became known as “the Berlin patient” to protect his identity.

Two years after the procedures, he went public with his experience and started a foundation of his own.

"I am living proof that there could be a cure for AIDS," he had told AFP in 2012. "It's very wonderful, being cured of HIV”, he added.