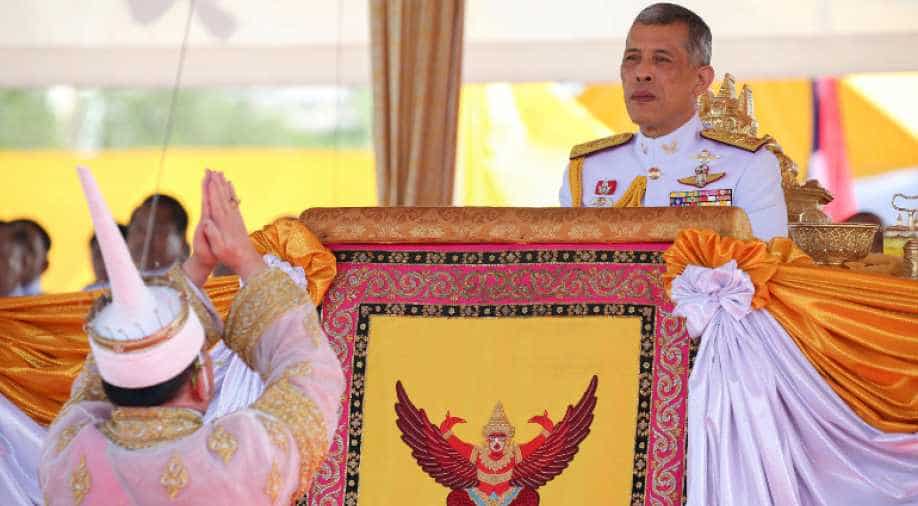 A bodyguard, a pilot, a parachutist and a royal consort, Sineenat is back with her king after living a year in disgrace.

Thailand's king has officially reinstated his mistress Sineenatra Wongvajirabhakdi as his royal consort after releasing her from jail to rejoin his harem.

The restoration of Sineenatra Wongvajirabhakdi to the good graces of King Maha Vajiralongkorn was confirmed by an official announcement.

She was banished for her rivalry with the King's fourth and most recent queen.

A bodyguard, a pilot, a parachutist and a royal consort, Sineenat is back with her king after living a year in disgrace. Thailand's monarch has called her to Germany. To rejoin his harem with respect.

Sineenat fell from grace last year. Stripped of all her royals’ titles. As punishment for thinking of herself as the queen. Thai kings over the centuries have maintained a harem. Enjoying the company of thousands of concubines. But, Sineenat was the first to get the title of royal consort in nearly a century.

The last time a Thai monarch officially took a consort was in the 1920s and, the title had gone out of use since the country became a constitutional monarchy in 1932.

Sineenat was born in northern Thailand and, worked as a nurse before becoming a companion to the king. She joined the royal guards and eventually became a major general.

She was even seen marching in military uniform during the king's elaborate three-day coronation ceremony. She became the royal noble consort shortly after the king married his fourth wife — Queen Suthida. Thus, began the troubles within the palace. A battle between the consort and the queen.

A fight all the kings wish they had not seen. Sineenat's pardon comes at a precarious time in Thailand.

The country's youth are protesting against the unbridled powers of the king. Student leaders are demanding reforms to the monarchy. They say — the king's wealth is not his wealth. That includes his playboy mansion in Germany. Where he has been isolated with 20 concubines and now he will be reunited with his royal consort.