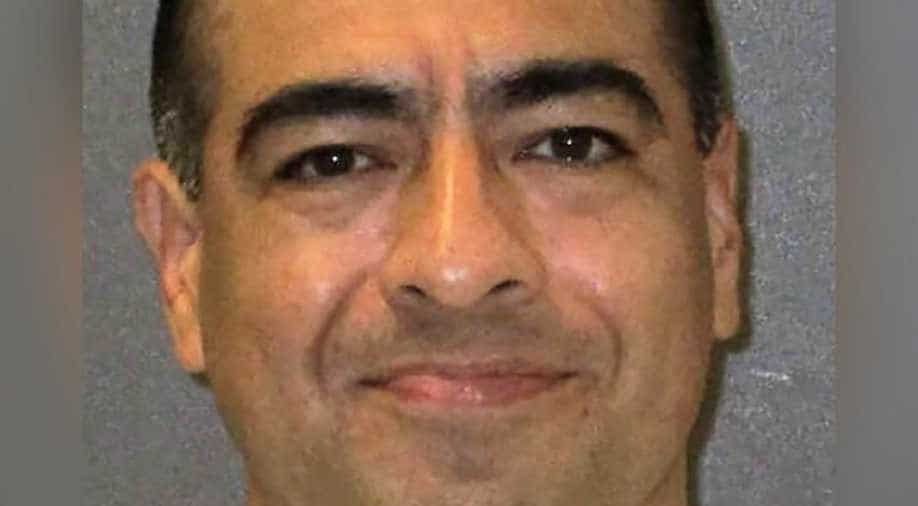 Abel Ochoa, 47, was executed with lethal injection and pronounced dead at the state's death chamber in Huntsville at 6.48 p.m 17 years after a jury found him guilty of capital murder.

Texas on Thursday executed a man who was convicted for shooting and killing his 29-year-old wife and his two daughters, as well as his father-in-law and sister-in-law shortly after a smoking crack in 2002.

Abel Ochoa, 47, was executed with lethal injection and pronounced dead at the state's death chamber in Huntsville at 6.48 p.m 17 years after a jury found him guilty of capital murder, according to a statement by the Texas Department of Criminal Justice.

Ochoa was the third inmate in the United States and the second in Texas to be executed in 2020. Texas, which executed nine people in 2019, has executed more prisoners than any other state since the US Supreme Court reinstated the death penalty in 1976. The United States is the only large Western democracy to retain capital punishment.

On Aug. 4, 2002, 20 minutes after smoking crack cocaine, Ochoa went into his living room and shot to death his wife Cecilia, nine-month-old daughter Anahi, his father-in-law Bartolo and his sister-in-law Jackie, prosecutors said.

He then reloaded his .9mm Ruger handgun and chased his 7-year-old daughter Crystal into the kitchen, where he shot her four times. He had also shot his sister-in-law Alma, the lone survivor of the attack.

Also read: Shooter among one dead in Texas church attack

Police stopped Ochoa soon after the shooting as he drove his wife's car.

"Ochoa told the arresting officer that the gun he used was at his house on the table, that he could not handle the stress anymore, and that he had gotten tired of his life," court records showed.

Ochoa later wrote a confession in which he told authorities he was frustrated that his wife would not give him more money for drugs, court documents said.

Several state and federal courts have denied requests for the execution to be halted and appeals on Ochoa's behalf since his conviction.

On Thursday, the US Supreme Court denied a request by Ochoa to stop the execution.

Twenty two people were executed in the United States in 2019, down from 25 in 2018 when the country ranked seventh in the world for the number of people it put to death, behind Iraq and Egypt, according to Amnesty International.