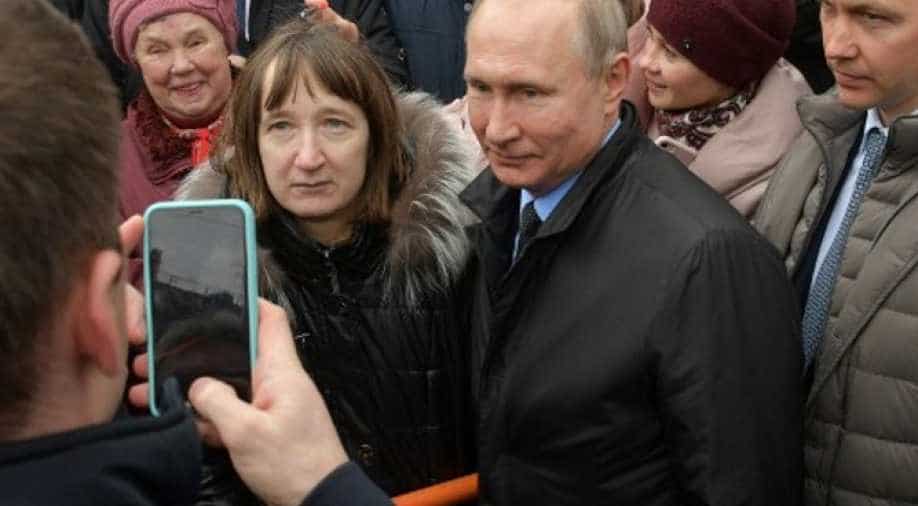 Russian President Putin was cornered by a woman in Saint Petersburg Photograph:( AFP )

Russian President Vladimir Putin was taken by surprise after a woman candidly told him whether he could live on her income of $170 a month.

Putin who was visiting Saint Petersburg was approached by the woman amid several people surrounding the president and asked: "Please tell me, is it possible to live on 10,800 rubles ($170)?"

"Well yes," Putin replied and added that he does not have the highest salary. The woman continued to corner the president asserting that grocery store costs at least 1,000 rubles in Russia and utility bills were a flat 4,000 rubles.

"Of course you are right, we still have a lot of social problems that the government has to solve," the president told the woman.

"Why don't you solve them then?" the woman asked, to which the Russian president said: "We are solving them."

Russia has been hit by high food inflation in recent years, however, it has shown signs of levelling off but it has hit the common man on the street.

Food inflation which had fallen in 2018 rose five per cent at the end of the same year to recover at 3 per cent last year due to a good harvest but has fluctuated in the last several years leading to increased hardships for ordinary Russians.