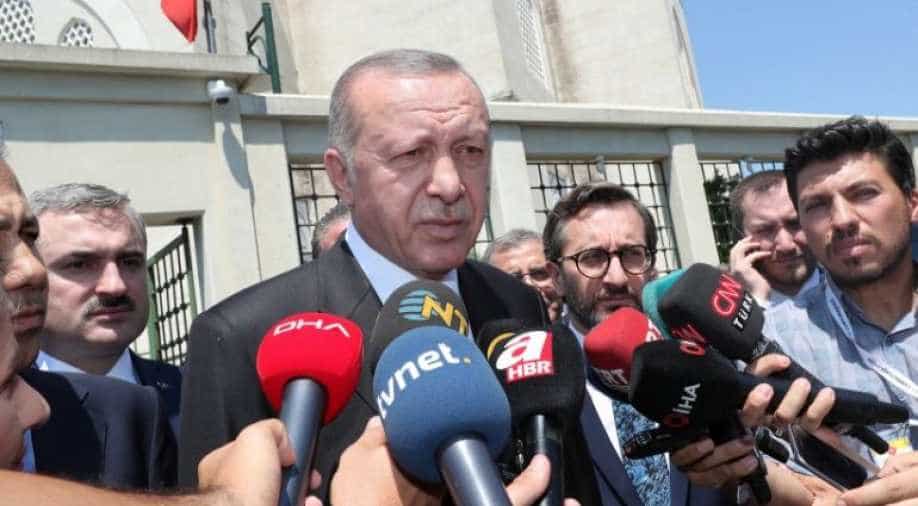 The explosion took place in the town of Reyhanli, where officials are carrying out inspections to determine its cause, Erdogan said

A car exploded in southeast Turkey near the border with Syria on Friday, killing three Syrian people, President Tayyip Erdogan said, adding that initial findings showed the blast may be terrorism-related.

The explosion took place in the town of Reyhanli, where officials are carrying out inspections to determine its cause, Erdogan said. He said it was clear the explosion was the result of a bomb inside the vehicle detonating.

Security sources said one of the Syrian passengers in the car was a suicide bomber whose explosive device detonated early, causing the blast.

The sources said the passengers in the car were being investigated for potential links to Islamic State and added that one person was also wounded in the blast.

Reyhanli is home to thousands of Syrian refugees. Following a series of bombings in the region in 2013, Turkey tightened controls along its 900-km (560-mile) border with Syria.

Twin car bombs ripped through the town, which is in Hatay province, on May 11, 2013, killing 52 people. At the time, Turkey accused a group loyal to Syrian President Bashar al-Assad of carrying out the attacks. Damascus denied any involvement.

In May, Turkey handed down 53 life sentences without parole to Yusuf Nazik, the man authorities say planned the 2013 bomb attack.

Turkey has been one of the biggest supporters of the rebels fighting Syrian government forces during the eight-year conflict in Syria. It hosts some 3.5 million Syrian refugees.