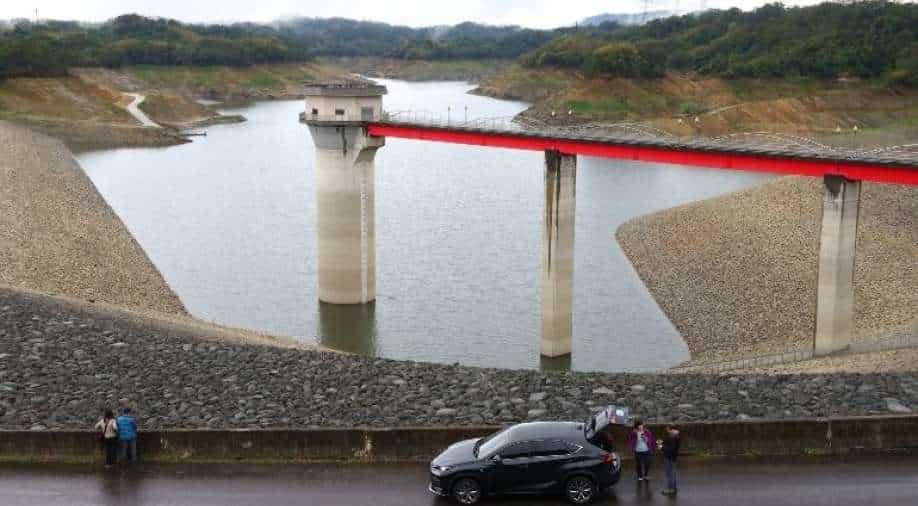 Sub-tropical Taiwan is experiencing its worst drought in half a century, after rain-soaking typhoons failed to make landfall last year, with shortages most severe across a swathe of western Taiwan, where most people live

Taiwan's Economy Minister Wang Mei-hua said on Wednesday that the country will ration water from next month for more than one million households in the centre of the island because of a drought but the technology hub of Hsinchu will not be affected.

Sub-tropical Taiwan is experiencing its worst drought in half a century, after rain-soaking typhoons failed to make landfall last year, with shortages most severe across a swathe of western Taiwan, where most people live.

Wang told reporters that from April 4, water supplies in parts of Taichung and Miaoli would be cut for two days every week, with water tankers being sent out to supply residents as needed.

Hsinchu, home to companies like Taiwan Semiconductor Manufacturing Co Ltd (TSMC), the world's largest contract chip manufacturer with clients including Apple Inc and Qualcomm Inc, would not be affected, she added.

Hsinchu's reservoirs are low but its supplies are being topped up by water being piped in from Taipei where water levels are plentiful, and also by desalination.

TSMC, in a statement to Reuters, said it maintained "contingency plans for each stage of the government's water restrictions".

"Some TSMC fabs will slightly increase the proportion of water from tanker trucks to improve flexibility. The new requirement for us to cut water usage by 15% starting 6th April will not impact our operations," it said, without elaborating.

Wang said that tech production zones in Taichung would not see their production affected either as they were excluded from water rationing though would have supplies reduced.

The government is hoping the "plum rains" season, which usually starts from around next month, will help replenish reservoirs, and that typhoons would hit Taiwan this year.

But in the meantime, it has been seeding clouds and digging wells.

Wang said it was hoped the rains came back and restrictions can be lifted.

"But in reality, this is not something we can control," she added.